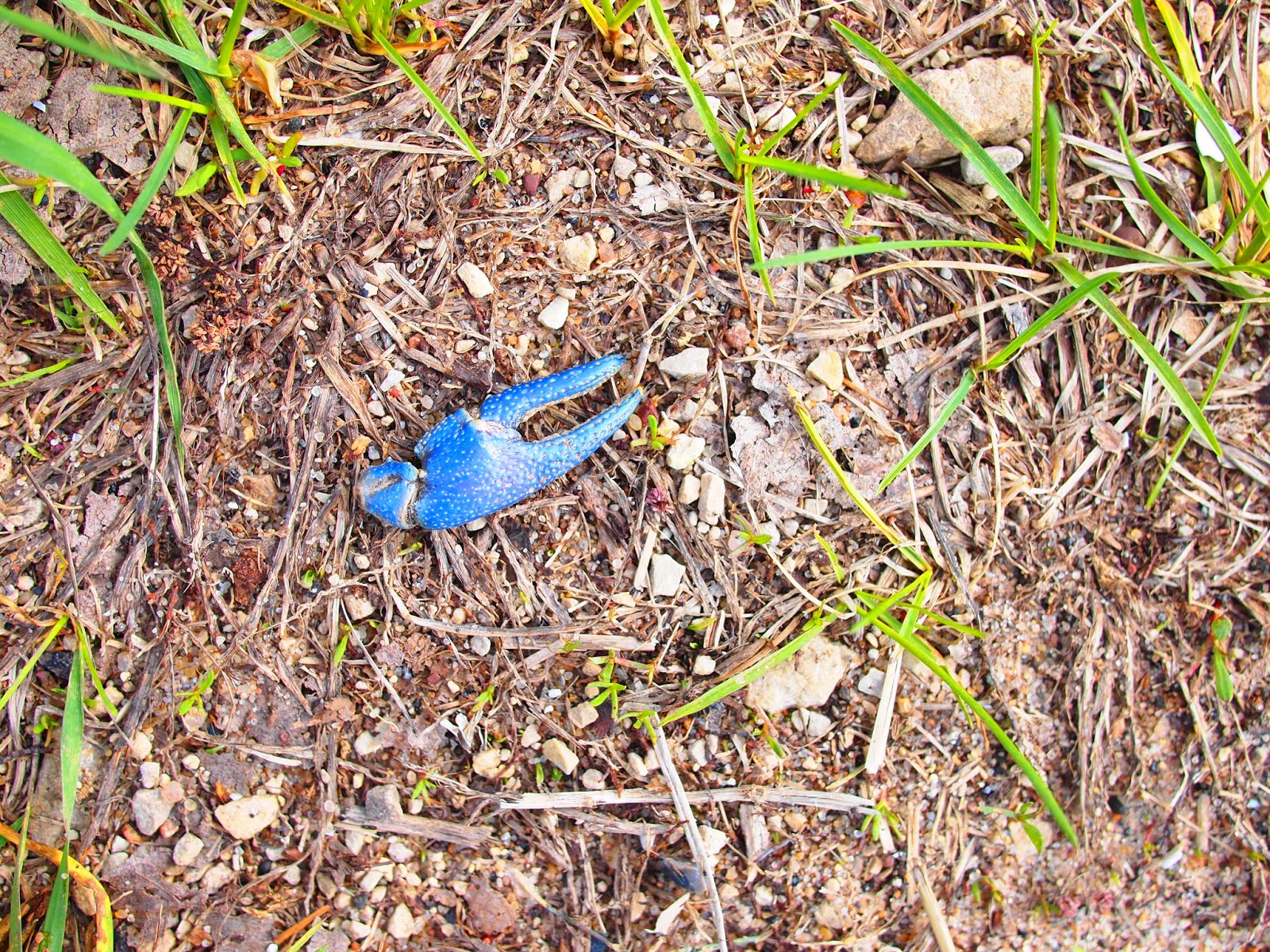 The Bluetooth technology that we use to to wirelessly connect our electronic devices received it's name from King Harald Bluetooth who unified Denmark and Norway.  When I found this Blue Crawfish claw on the banks of the Timber Coulee I thought about King Harald Bluetooth and the idea of bringing people together.  It wasn't the Blue Craw Claw of the Timber Coulee Valley that would bring trout anglers of different ilks together for the first Trapfest though.  That credit goes to Bryan Trapper Voldahl who first proposed this event in January of 2014 on the internet trout fishing forum known as DriftlessTroutAnglers.com.

Driftless Trout Anglers is an internet trout fishing forum that is unique because it doesn't matter how you decide to fish for trout.  The only thing that matters is that you love trout fishing and have access to the internet.

It wasn't long after Trapper's initial proposal that Kschafer3 and I would hop on board.

Soon after that the event was given a name.

And no event is complete without it's own poster.  A special thanks goes out to Daniel Braun of Brauntrutta.com for the excellent poster design. 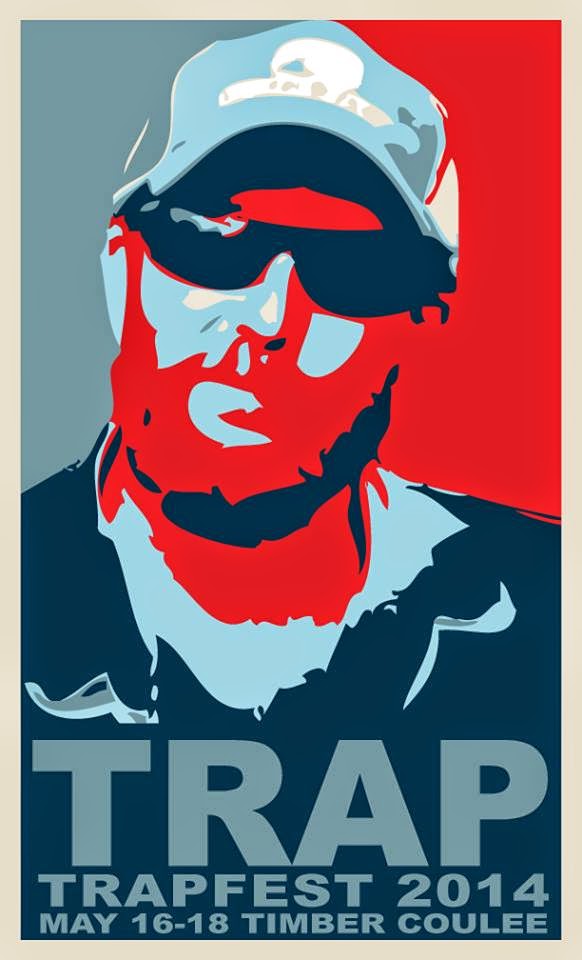 The weekend of May 16-18 was chosen for the event and the Westby Rod and Gun Club Campground on the banks of the Timber Coulee was the location.

I was really looking forward to Trapfest because it would give me the opportunity to meet a lot of people in person that I had only known online.  One of these people that I was looking forward to meeting was Mike Juran.  I could tell from my dealings with him online that he was quite the character.  In the weeks leading up to the event I learned that Mike was going to be out of town on business during the weekend of Trapfest so he wouldn't be able to attend.  It was a good thing that I had already planned on being down in the area a few days early so I made arrangements to fish with Mike on Thursday May 15th.

I have always known to, "Beware of the Ides of March" but nothing could have prepared me for what the "Ides of May" had in store.

Mike took me to one of his secret spots where we talked, laughed and fished.  Neither one of us caught a lot of fish but I believe that we both caught each other's drift which is essentially more important.  He even gave me half of his wrap that he had brought along for lunch.  What a guy. 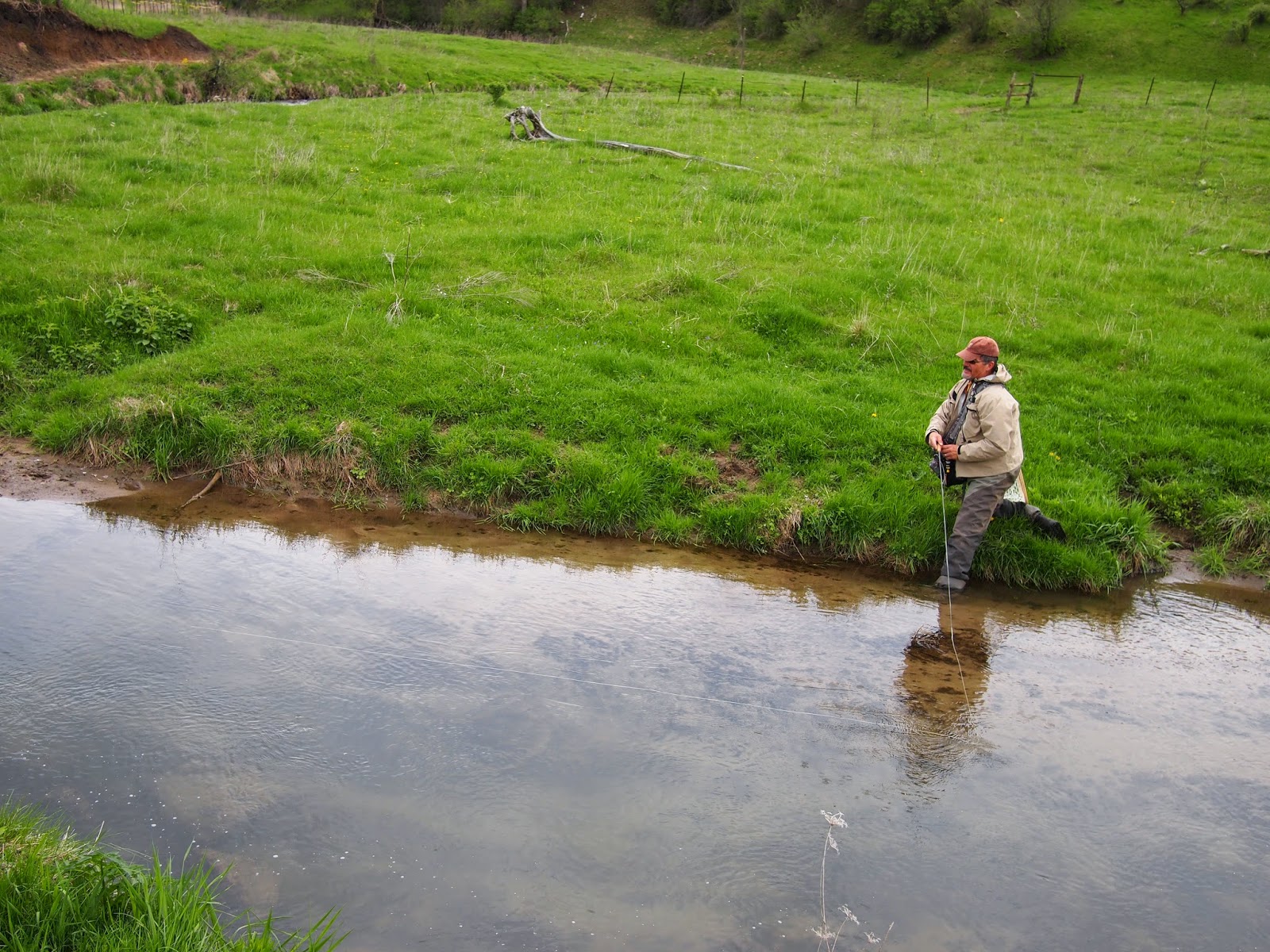 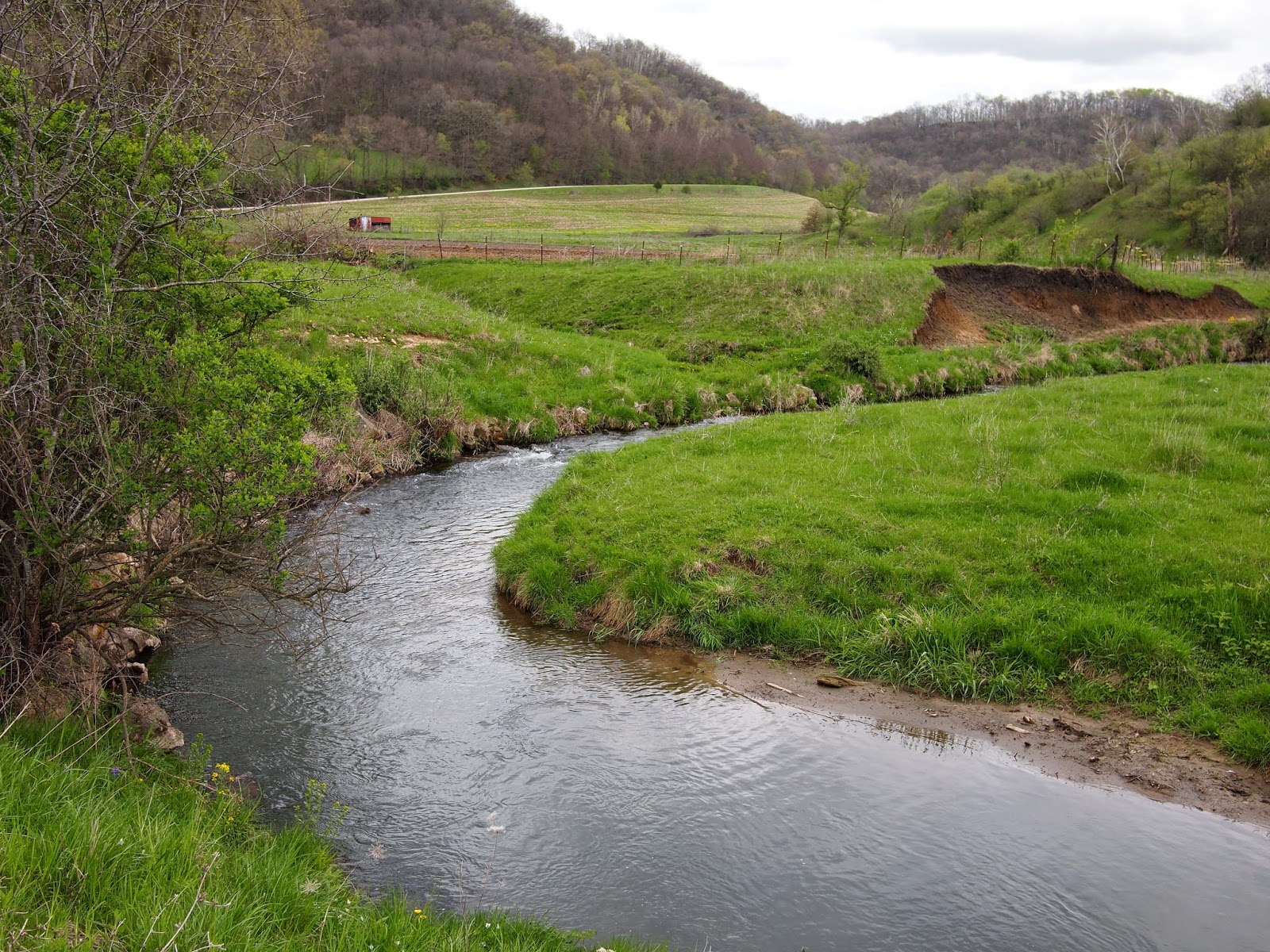 After Mike and I finished fishing we parted ways and I made my way back to the campground where I had set up my tent earlier in the day.  When I drove in I noticed three dudes that were hanging out by the only other tent that was set up in the campground.  As I drove close I rolled down my window and asked them if they were here for Trapfest.

They seemed rather excited to see another person at the campground and I would later find out that they had already been camping for a few days.  It turned out that they were in town for Trapfest and one of them was even on DTA(DriftlessTroutAnglers.com).

Malcolm aka mo104 had traveled all the way from Southern Illinois with his two buddies Joey and Patrick.  Joey and Patrick were new to the sport of fly fishing and I was impressed with the story Malcolm shared about how he was introduced to the sport.

It turns out that one of his teachers started a fly fishing club at his high school and it was all downhill from there.

That night I met Trapper himself for dinner along with Shatner and "The Founder of DTA".  It was a good time had by all.

When I made it back to the campground after dinner I had many laughs around the campfire with Malcomb, Joey and Patrick.  I even made plans to fish with them in the morning. 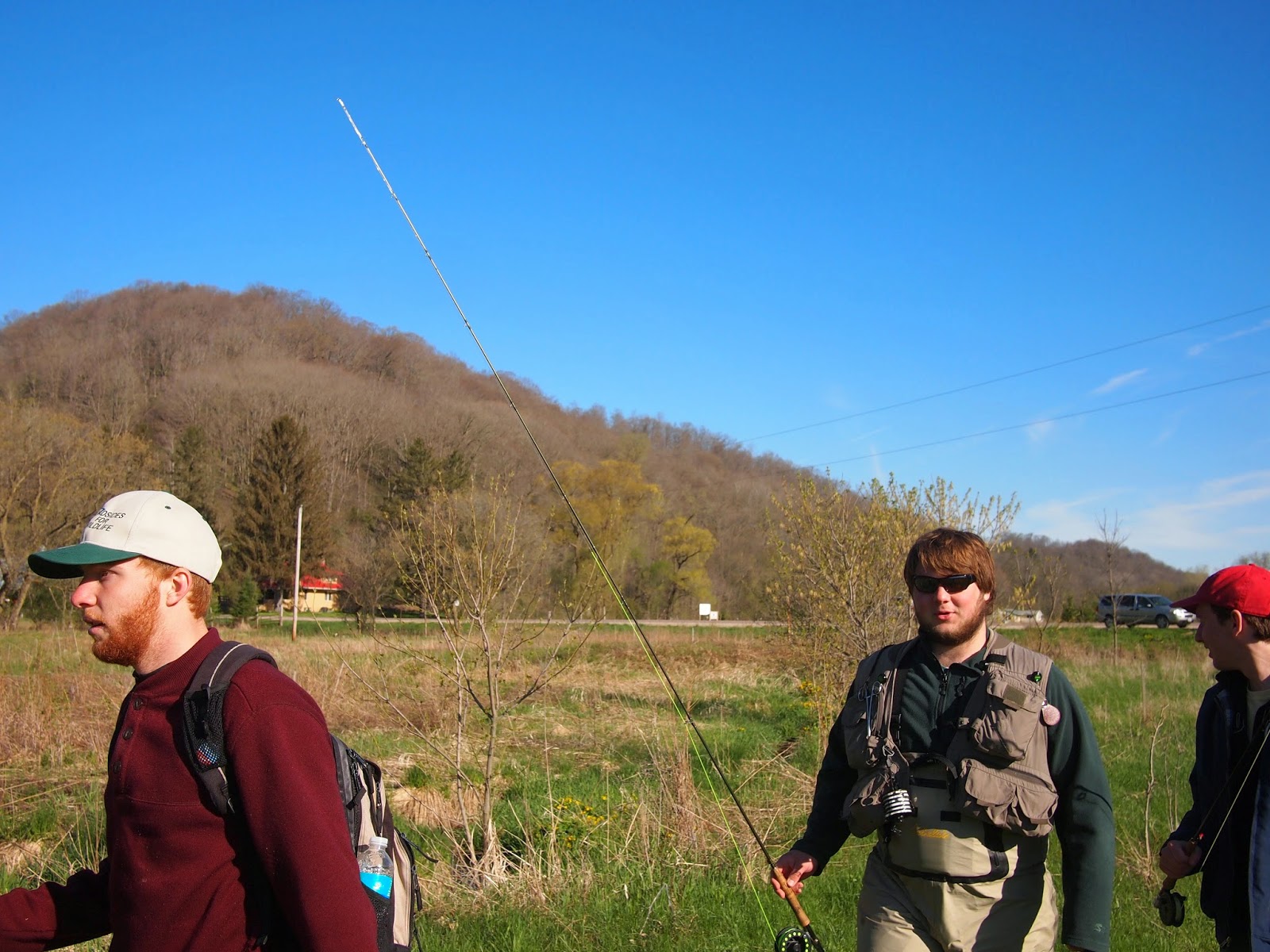 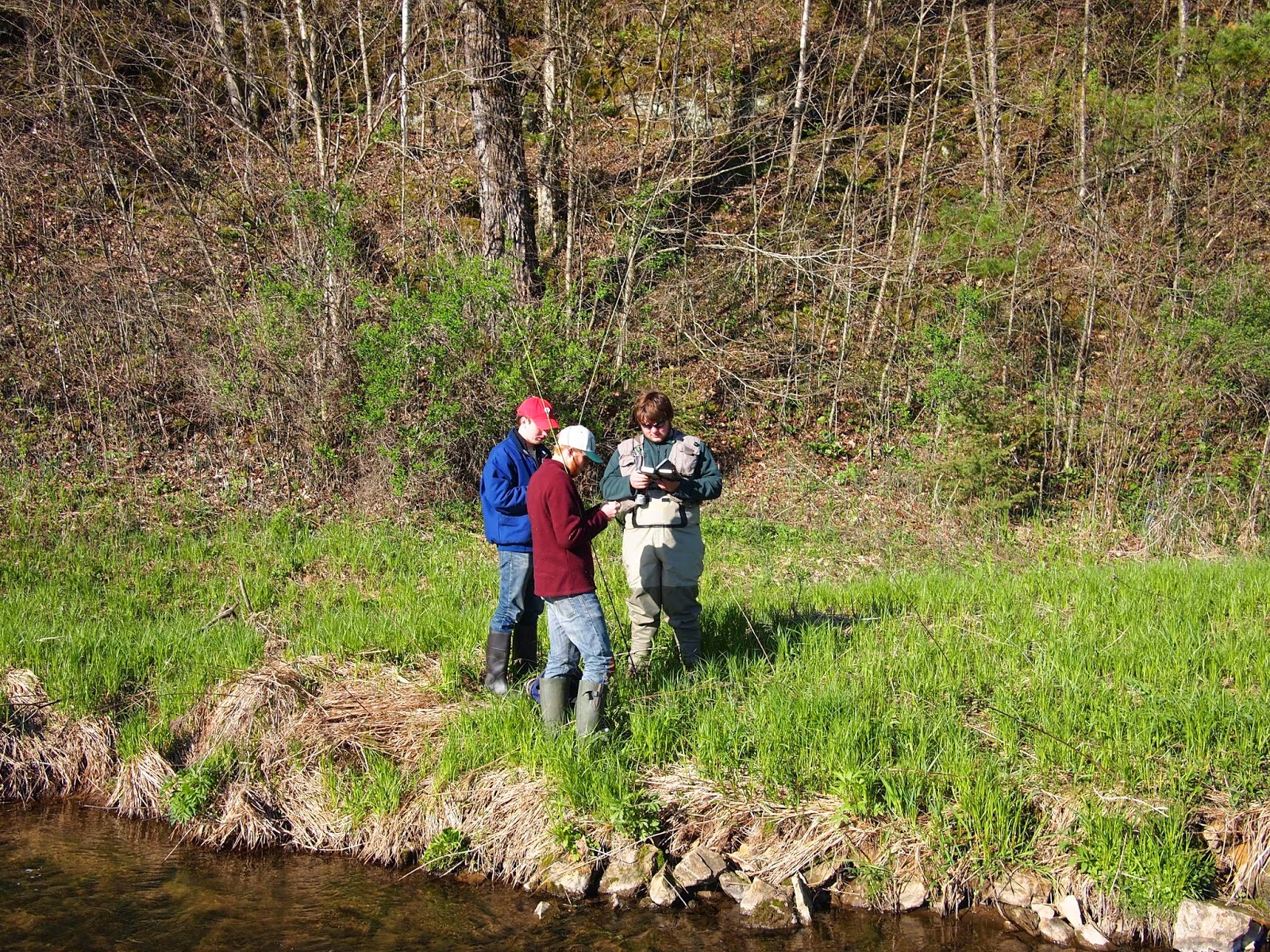 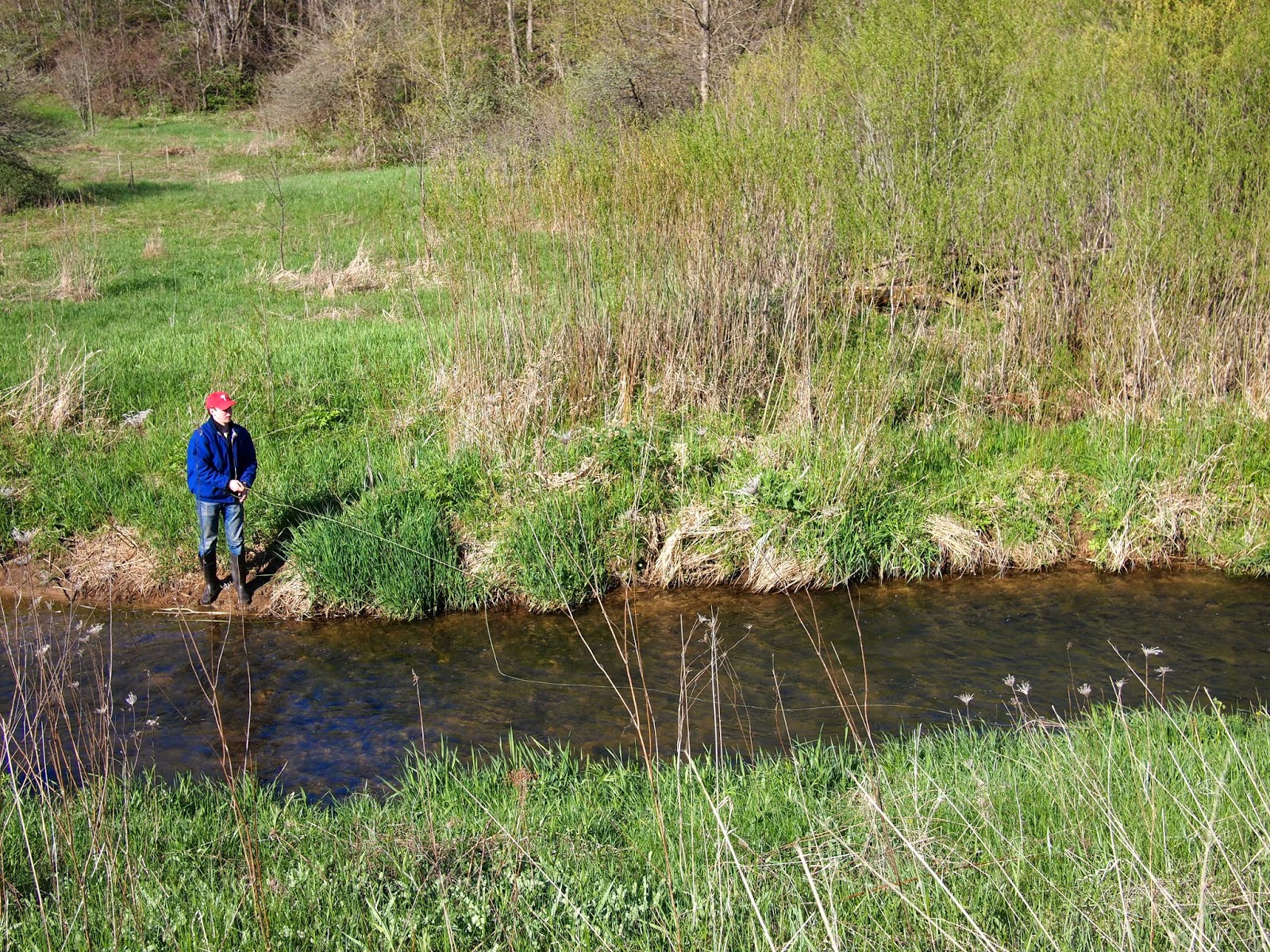 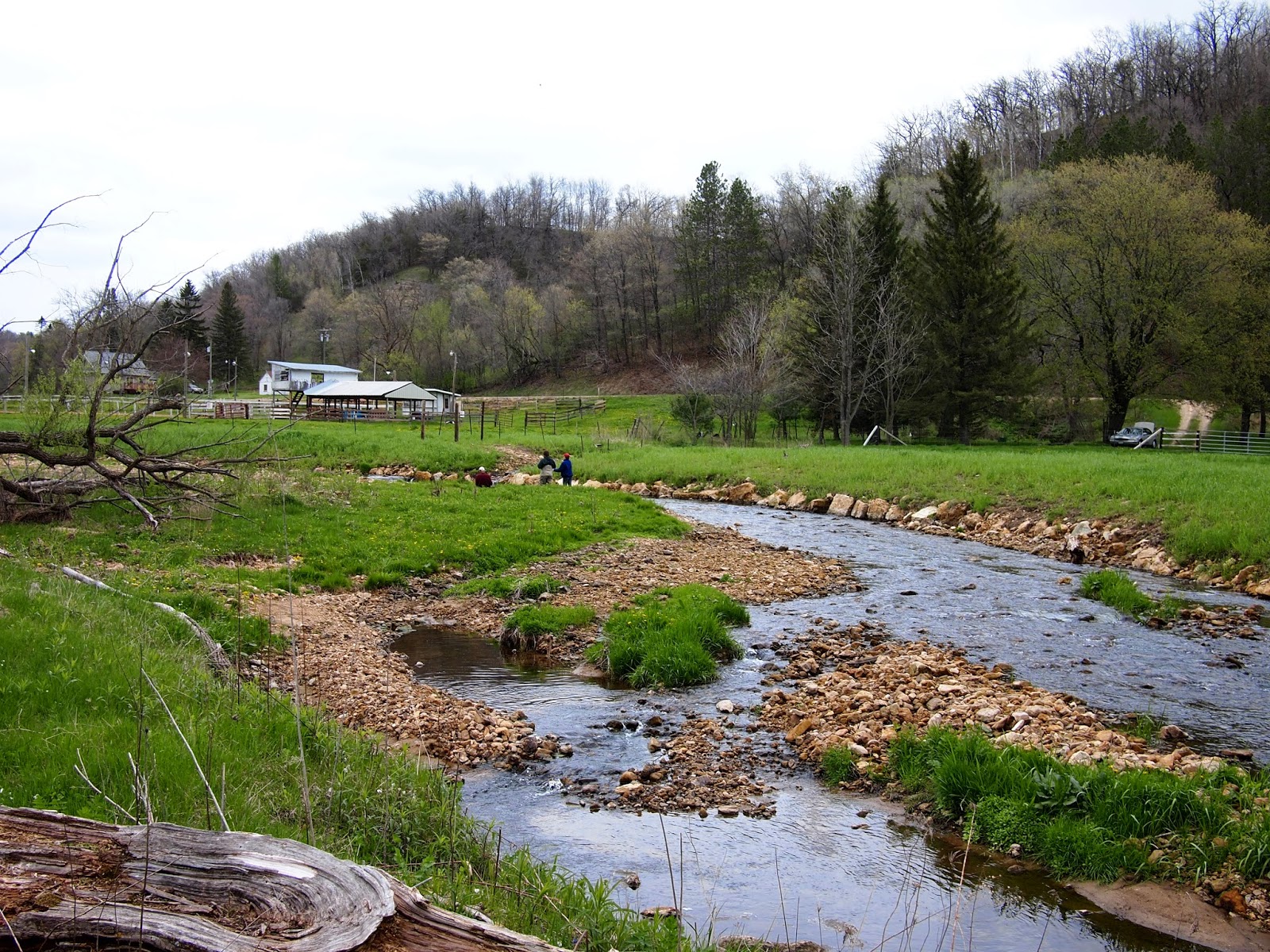 Malcolm was like a drill sargent while he instructed his buddies on the fine art of casting the fly rod.  Actually it seemed like he was a super nice and patient teacher. 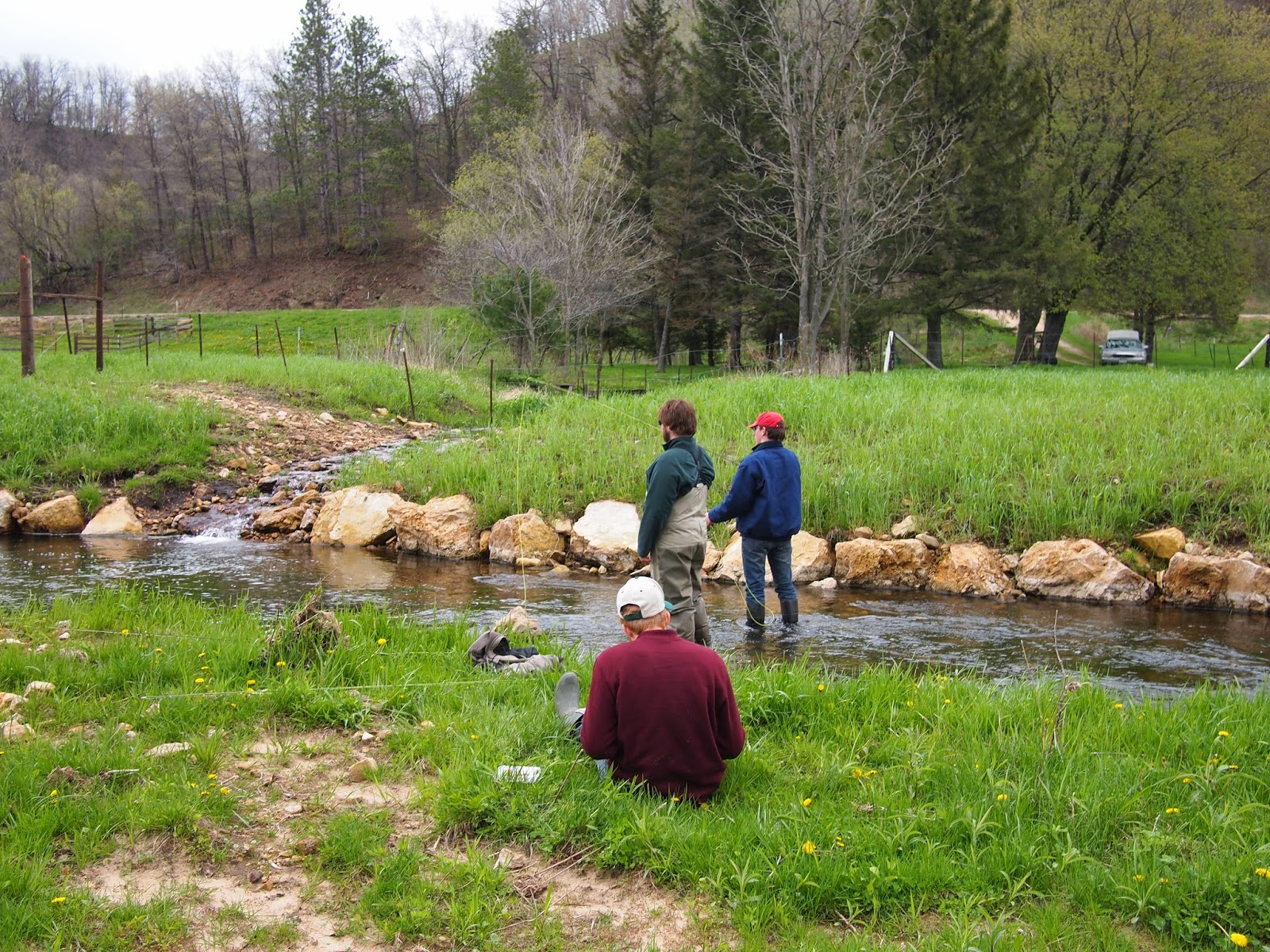 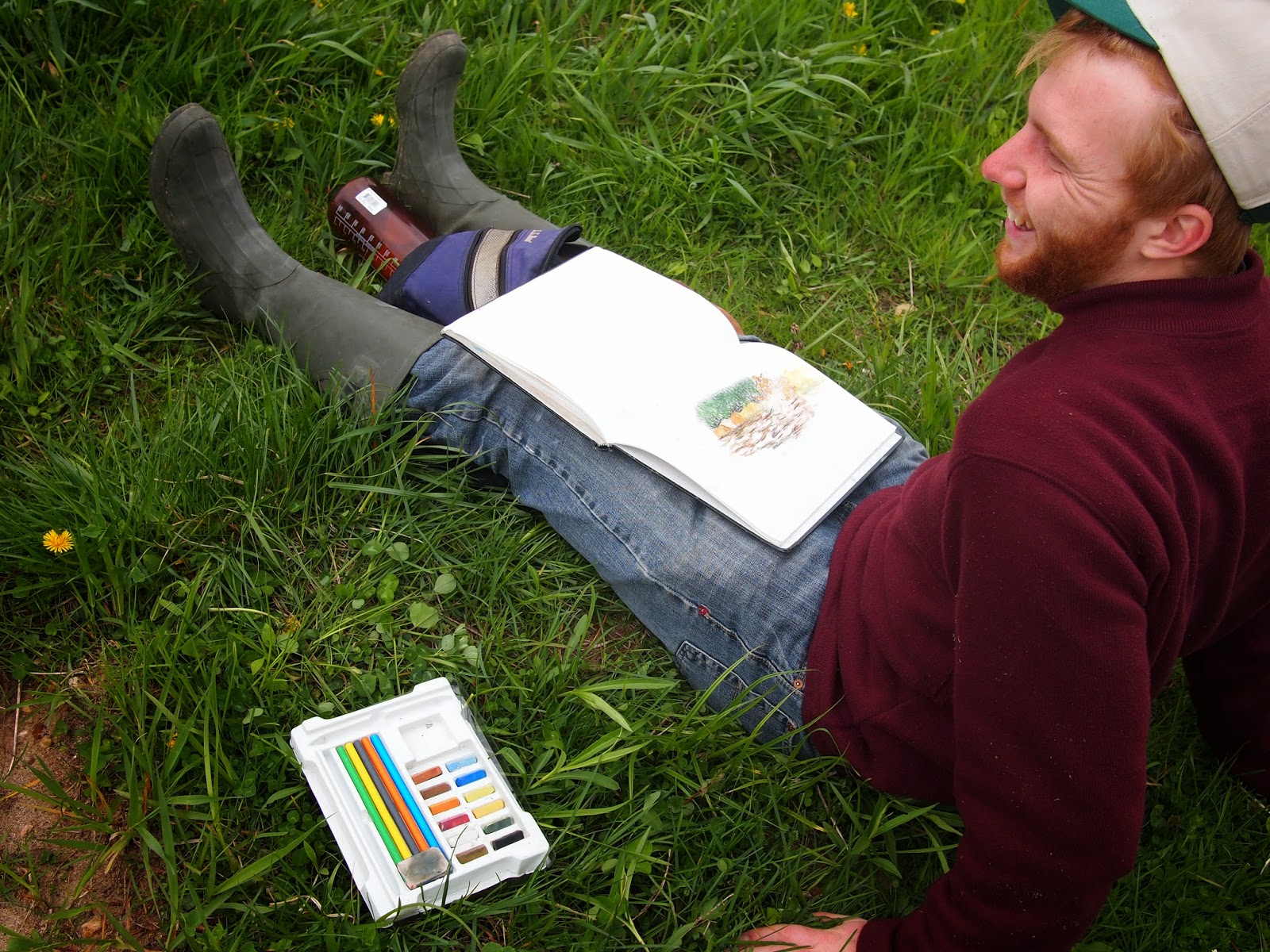 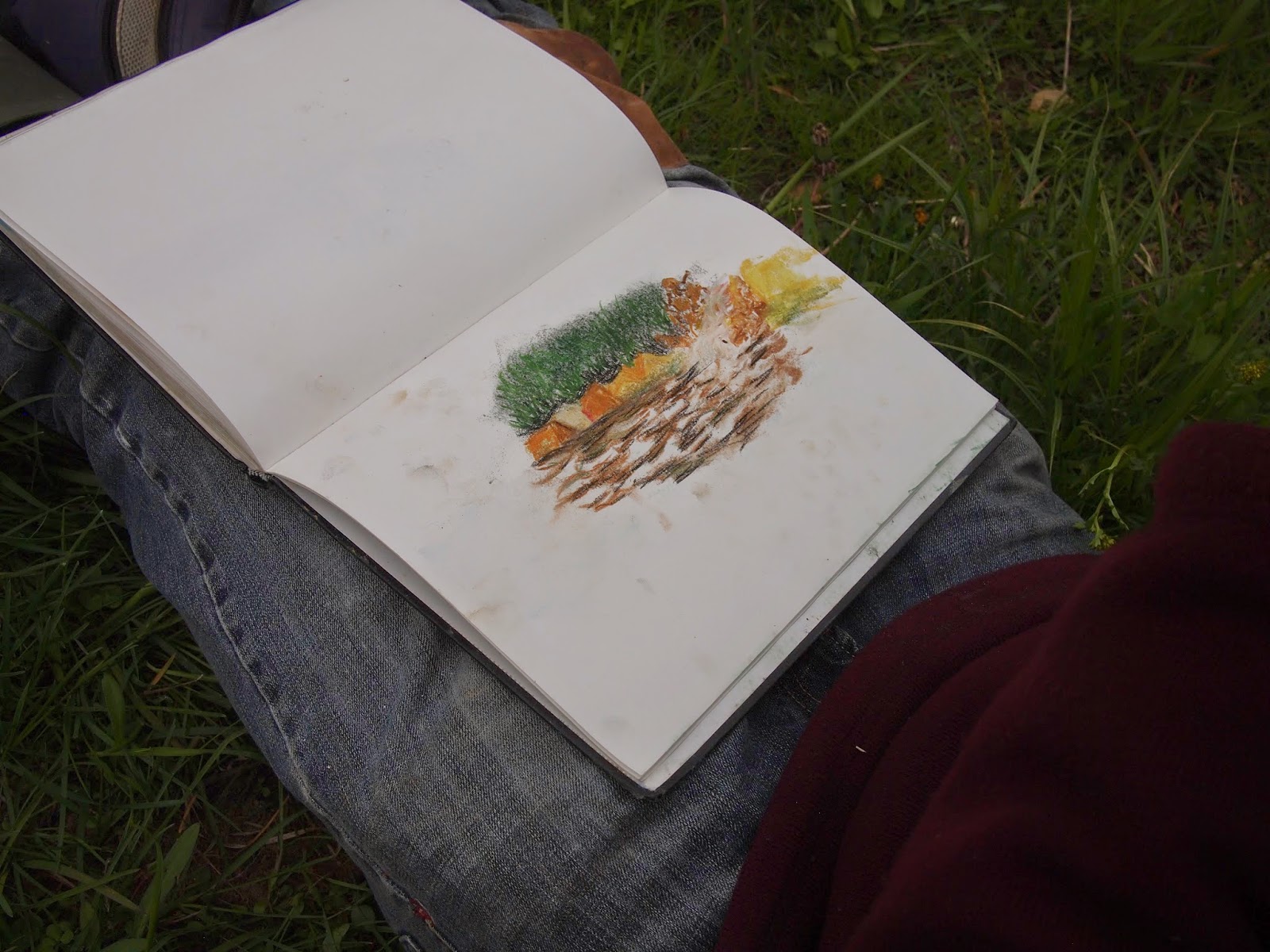 Patrick chronicled the events in his drawings. 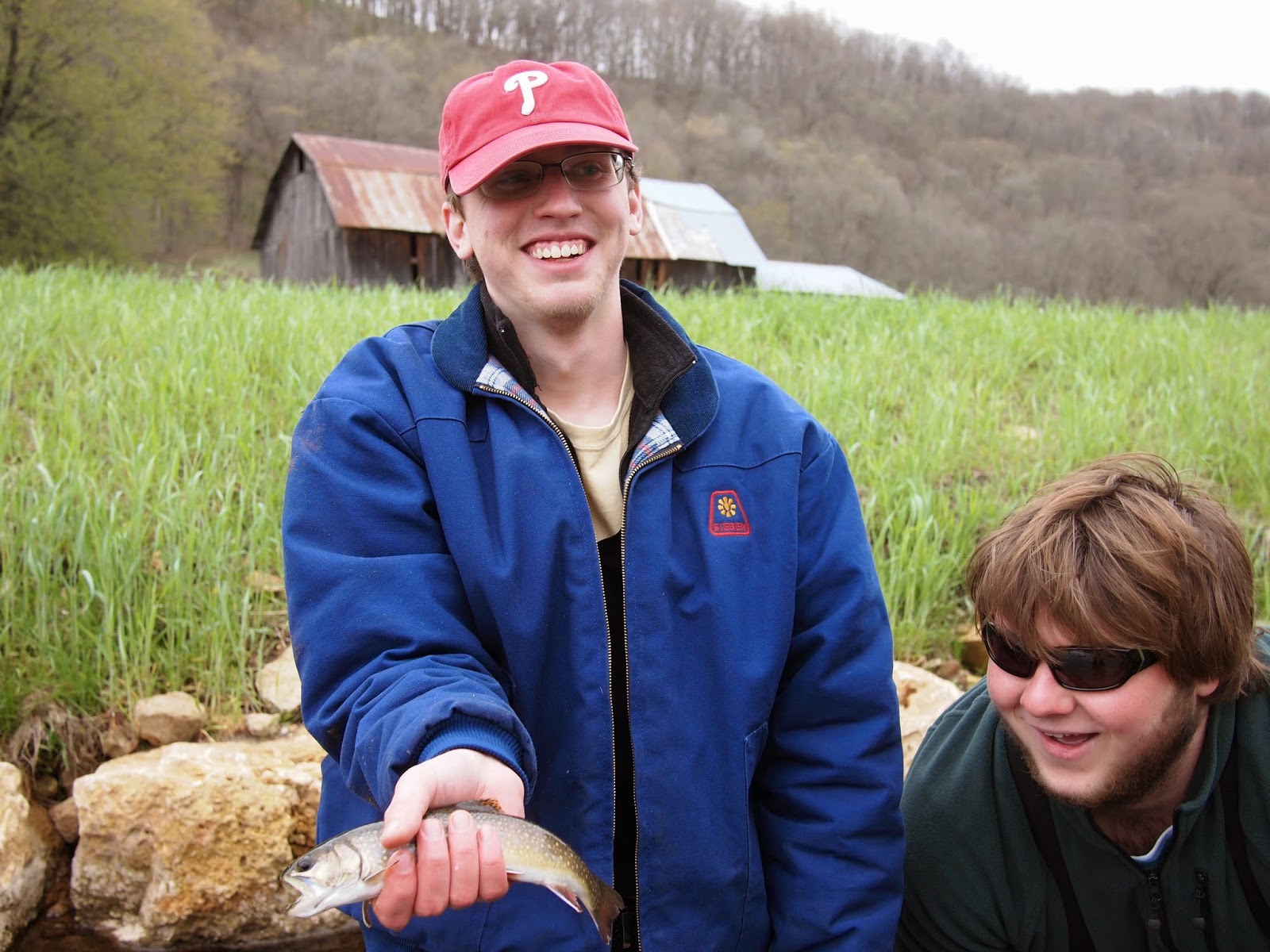 Joey was very happy with his catch and if Malcolm hadn't had his sunglasses on I'm sure I would have seen the pride in his eyes. 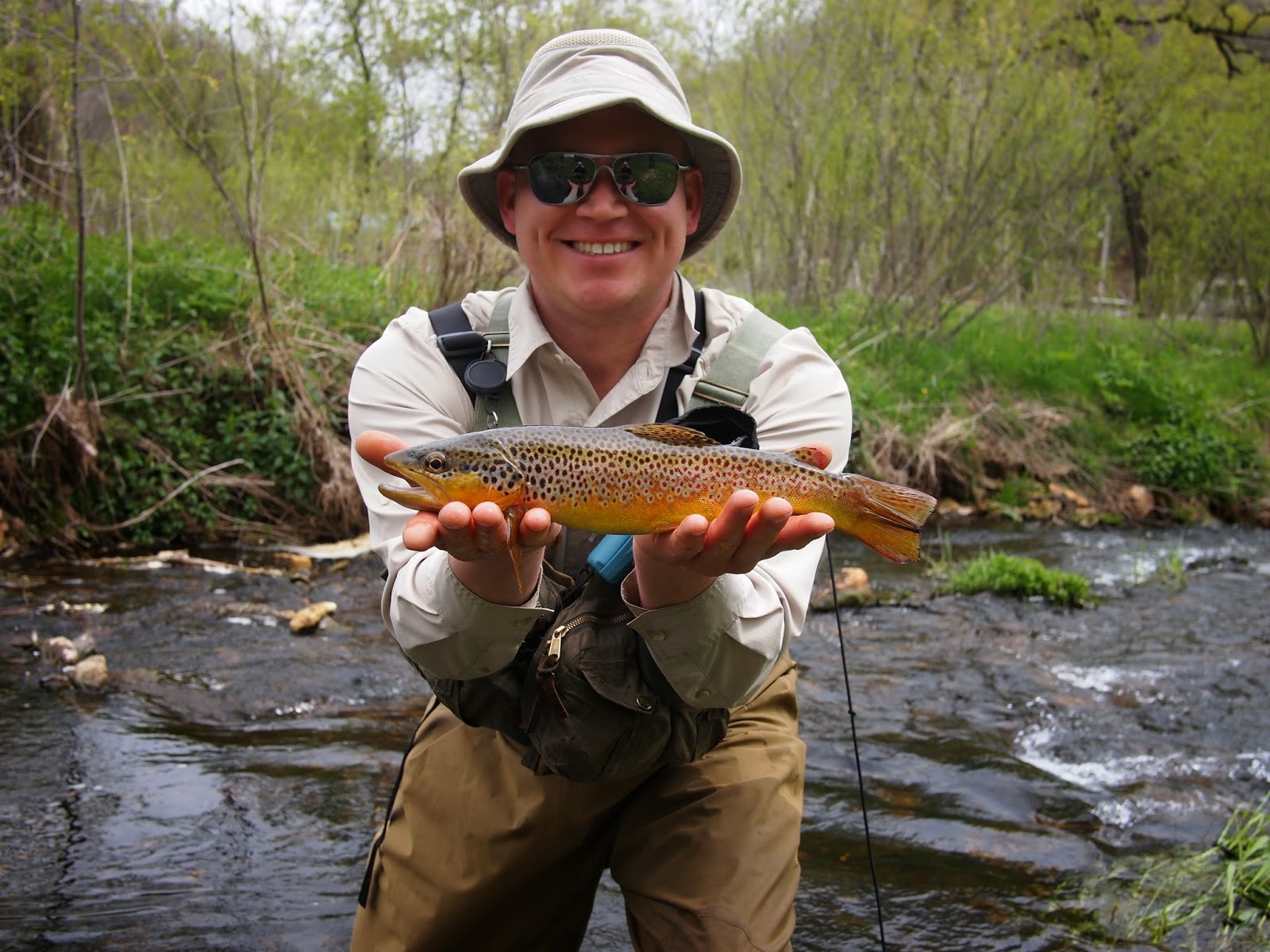 I even decided to get in on the catching for once. 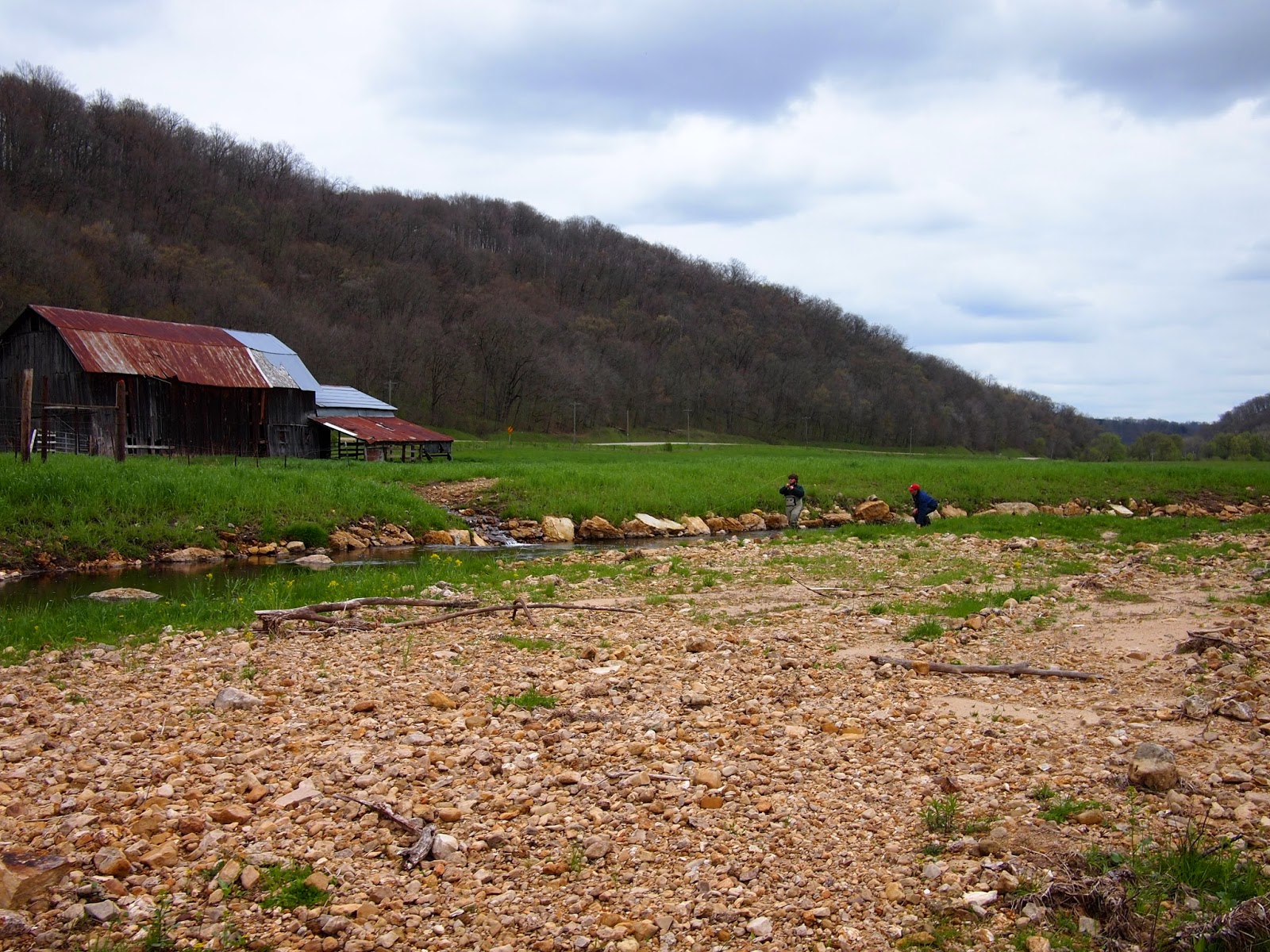 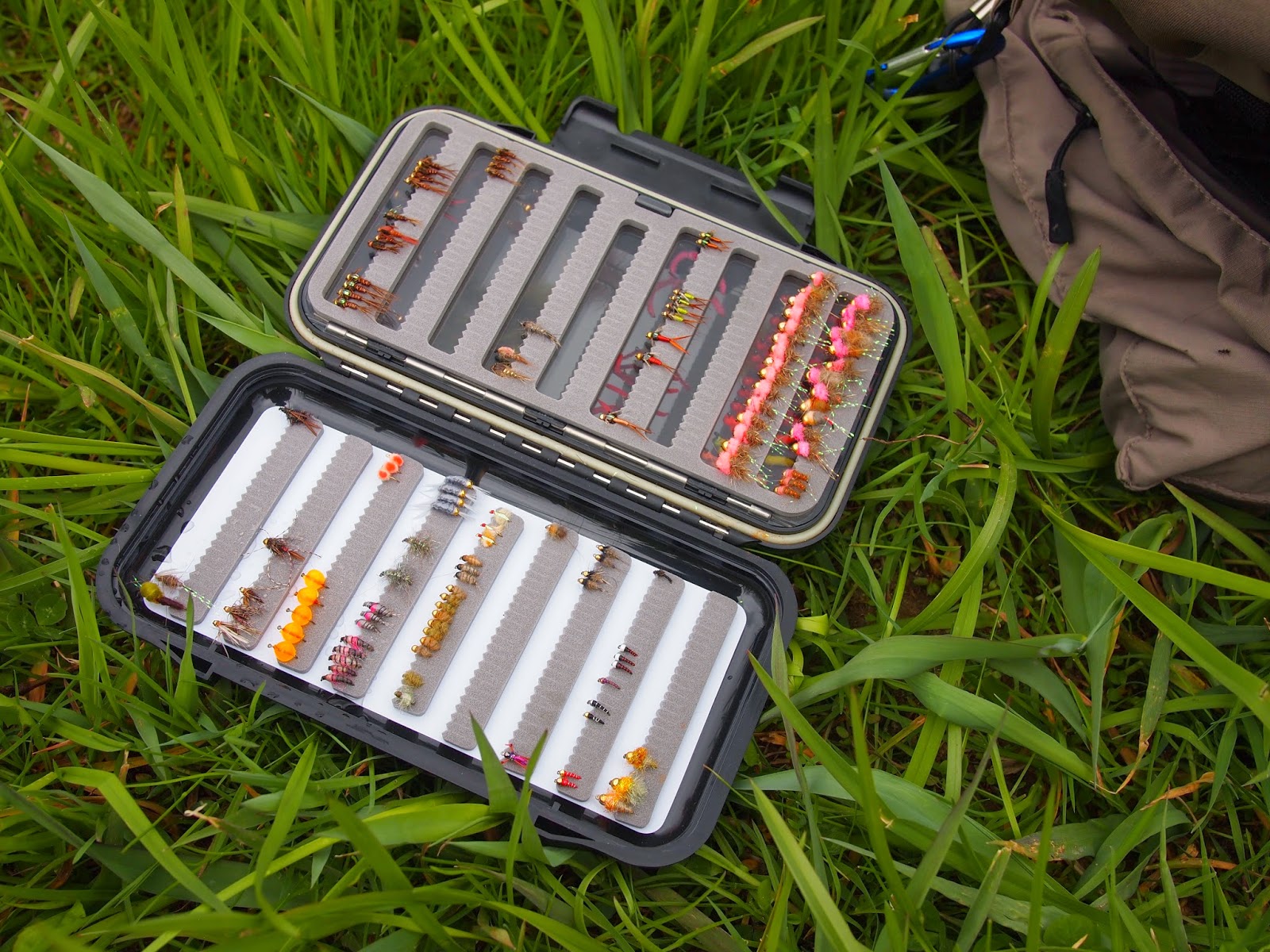 I believe Malcolm tied most if not all of these flies himself.  I wonder which pattern is his favorite. 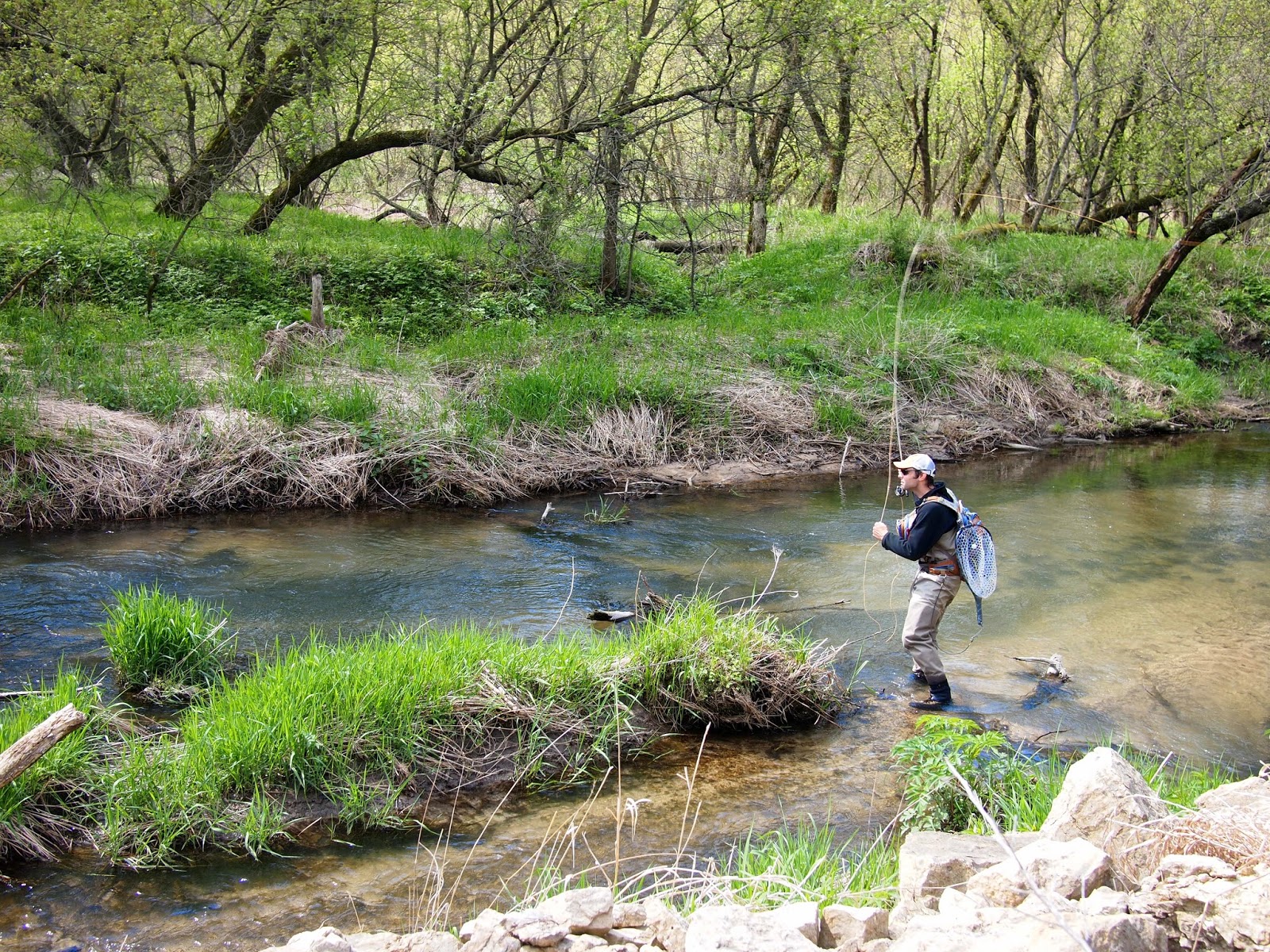 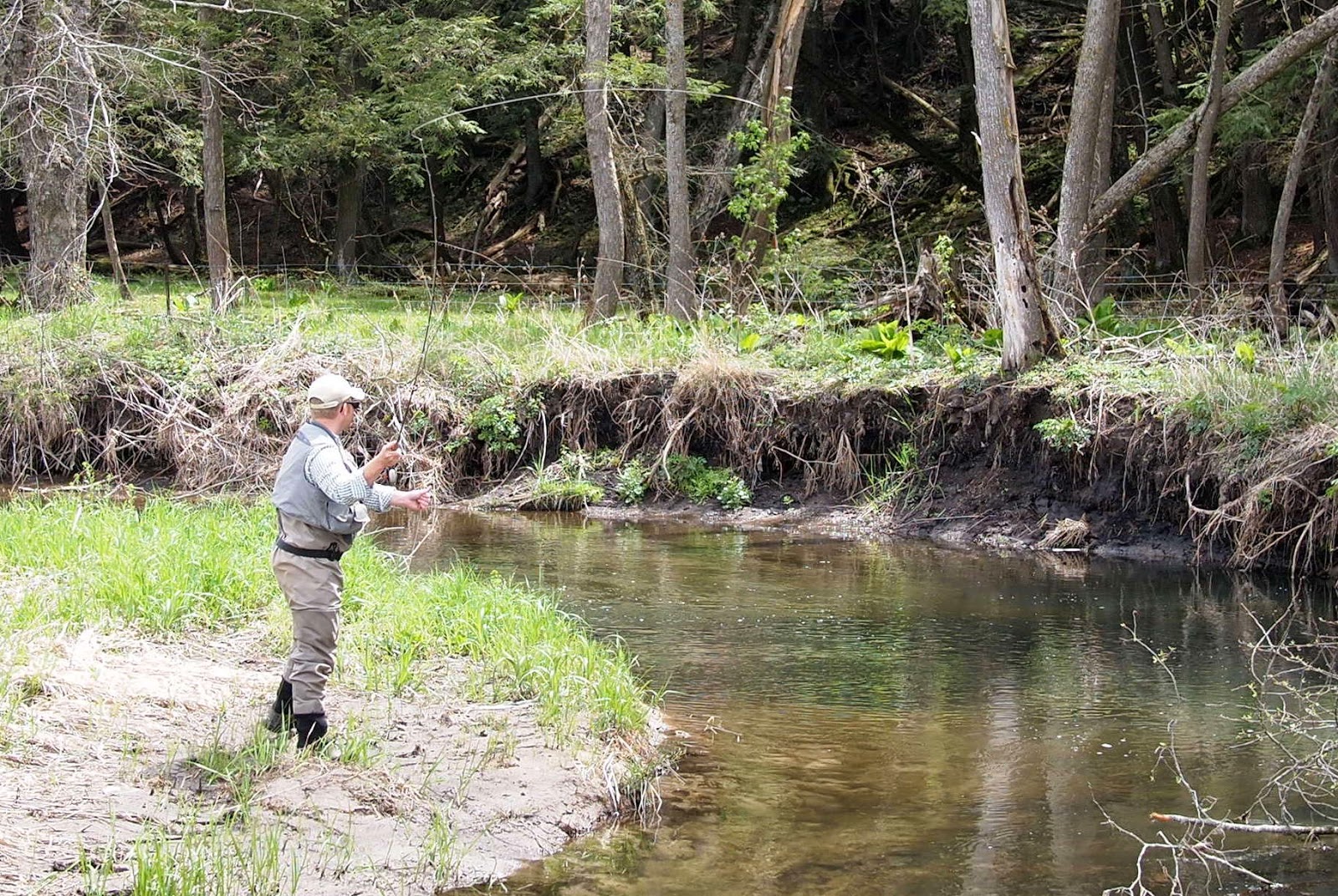 I had to be careful getting around these cattle. 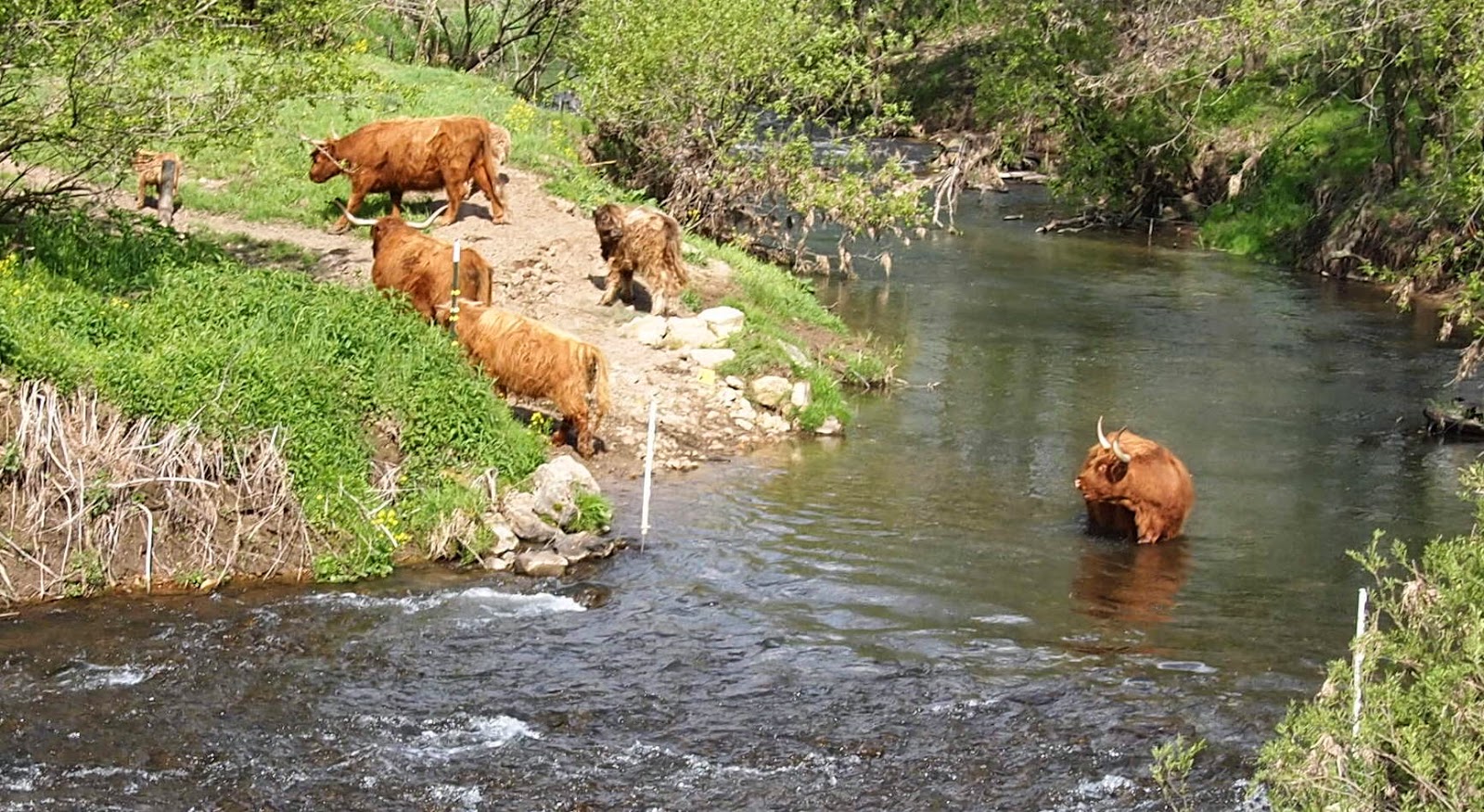 This was my biggest trout of the weekend.  It measured in at 17 inches. 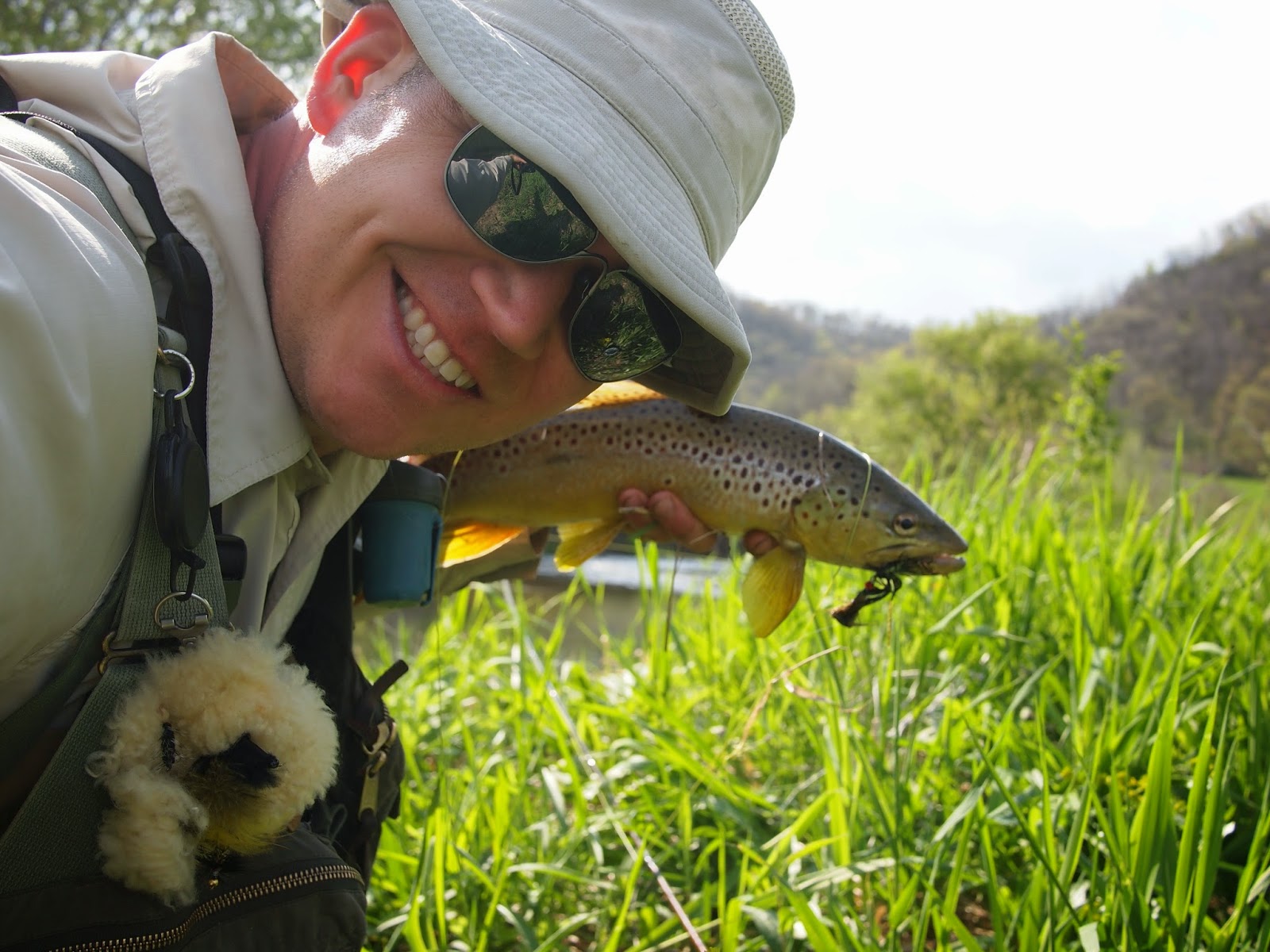 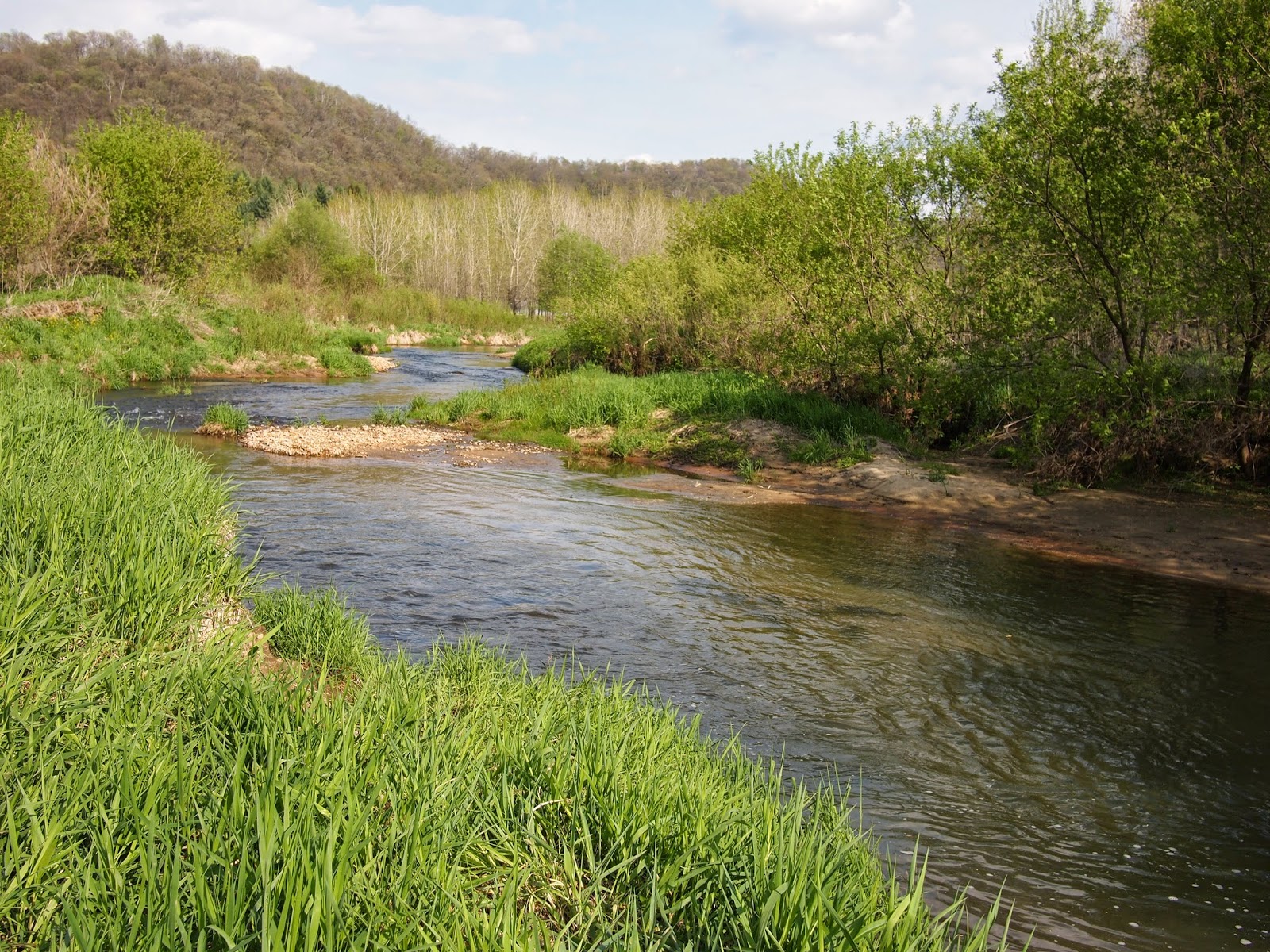 While making my way upstream I came across Matt Sment of Badger Tenkara.  He gave me a quick lesson in Tenkara and was even nice enough to help land and release the Brook Trout I caught using the Tenkara. 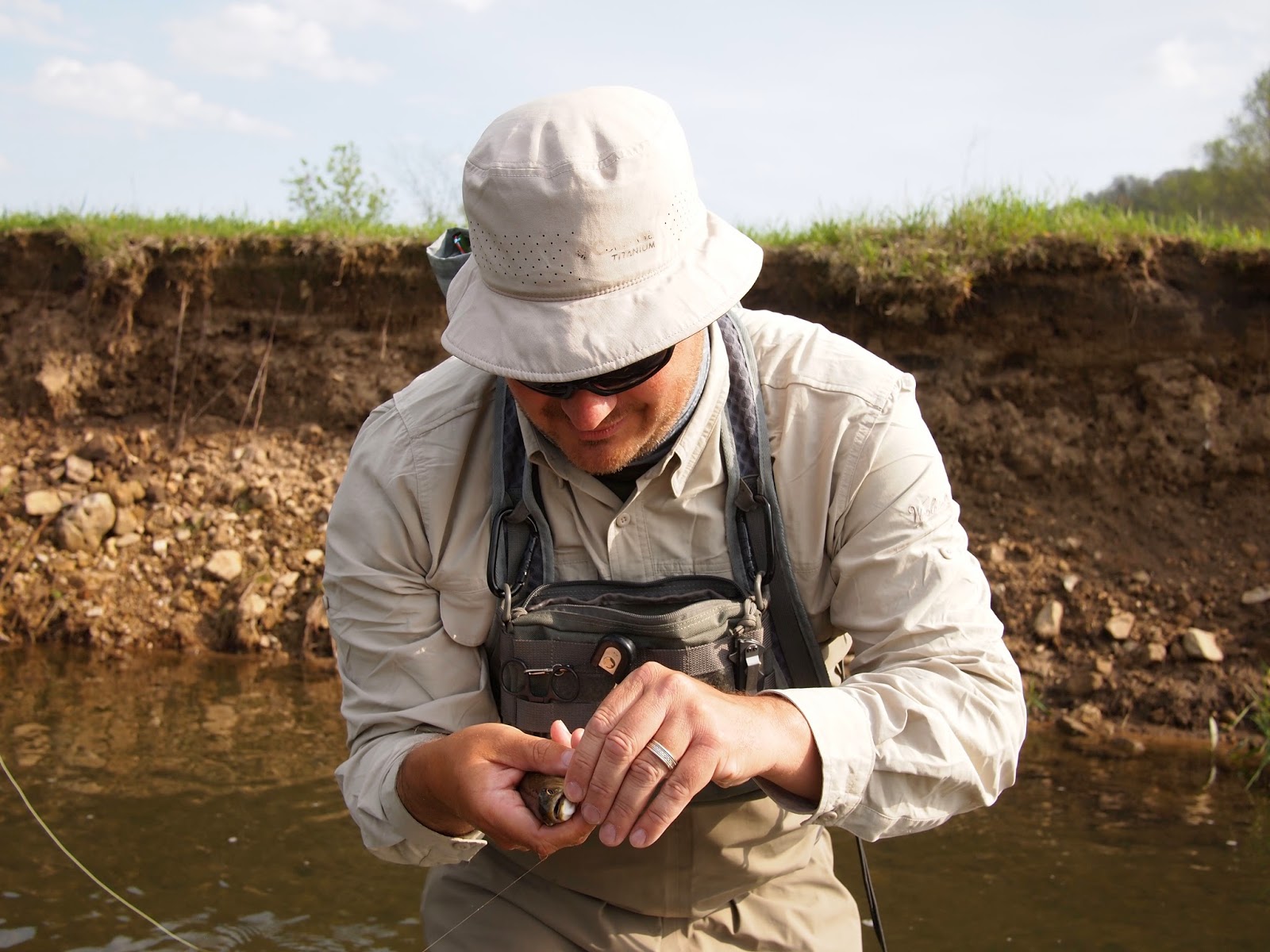 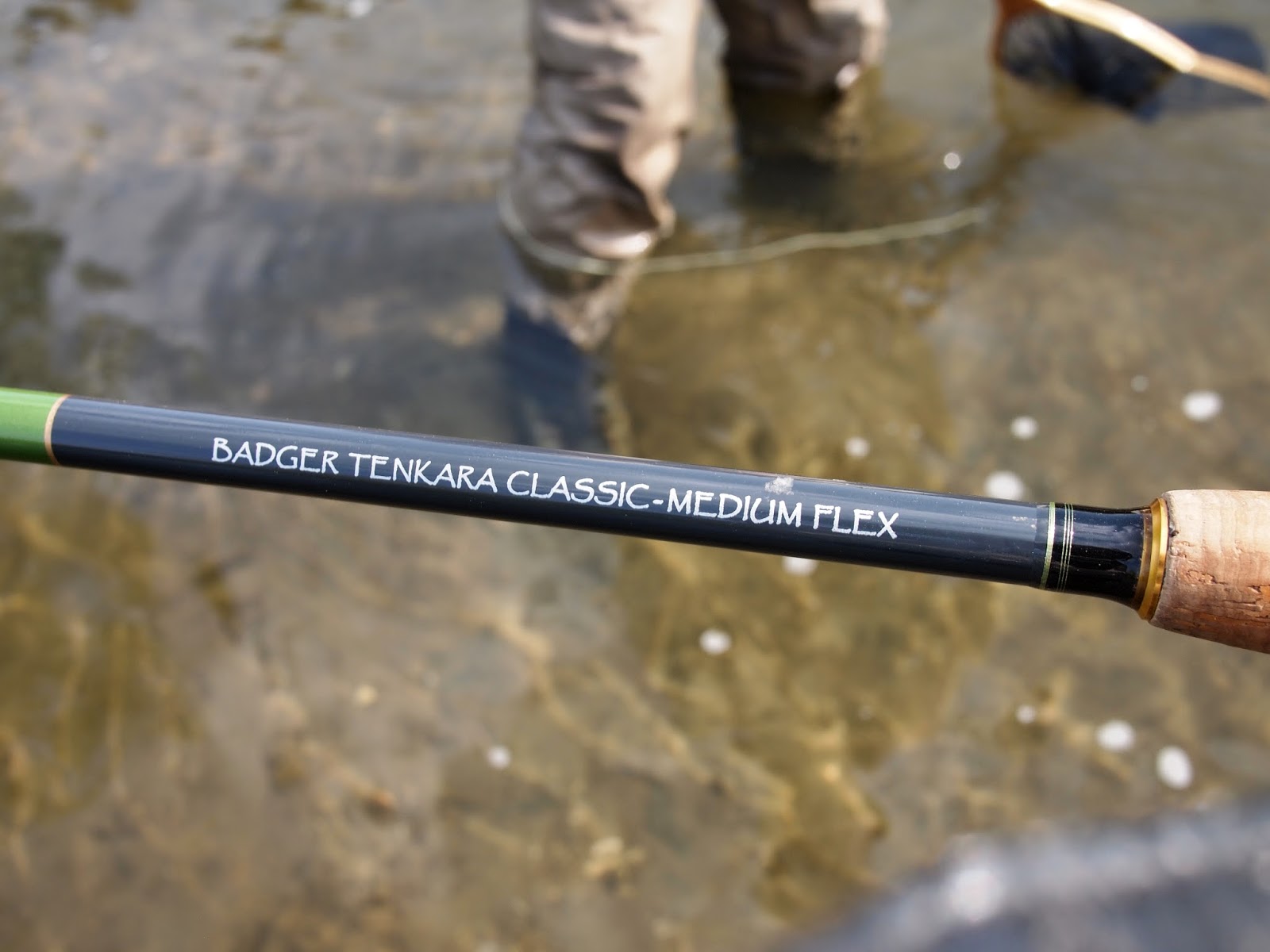 On Sunday I fished with MNFishHunter(Ryan Frick) and BigRiverBum(Seth).  It was fun. 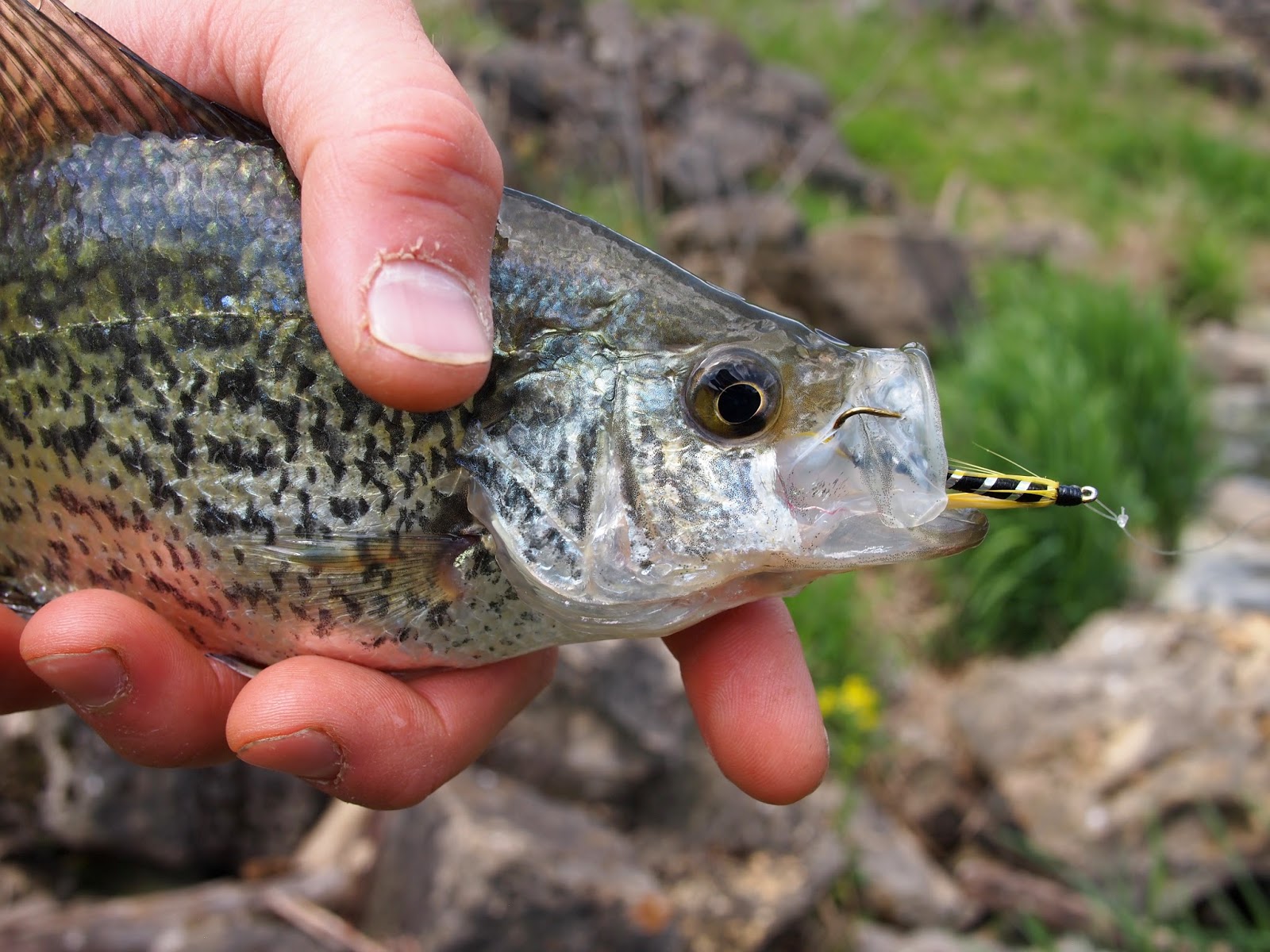 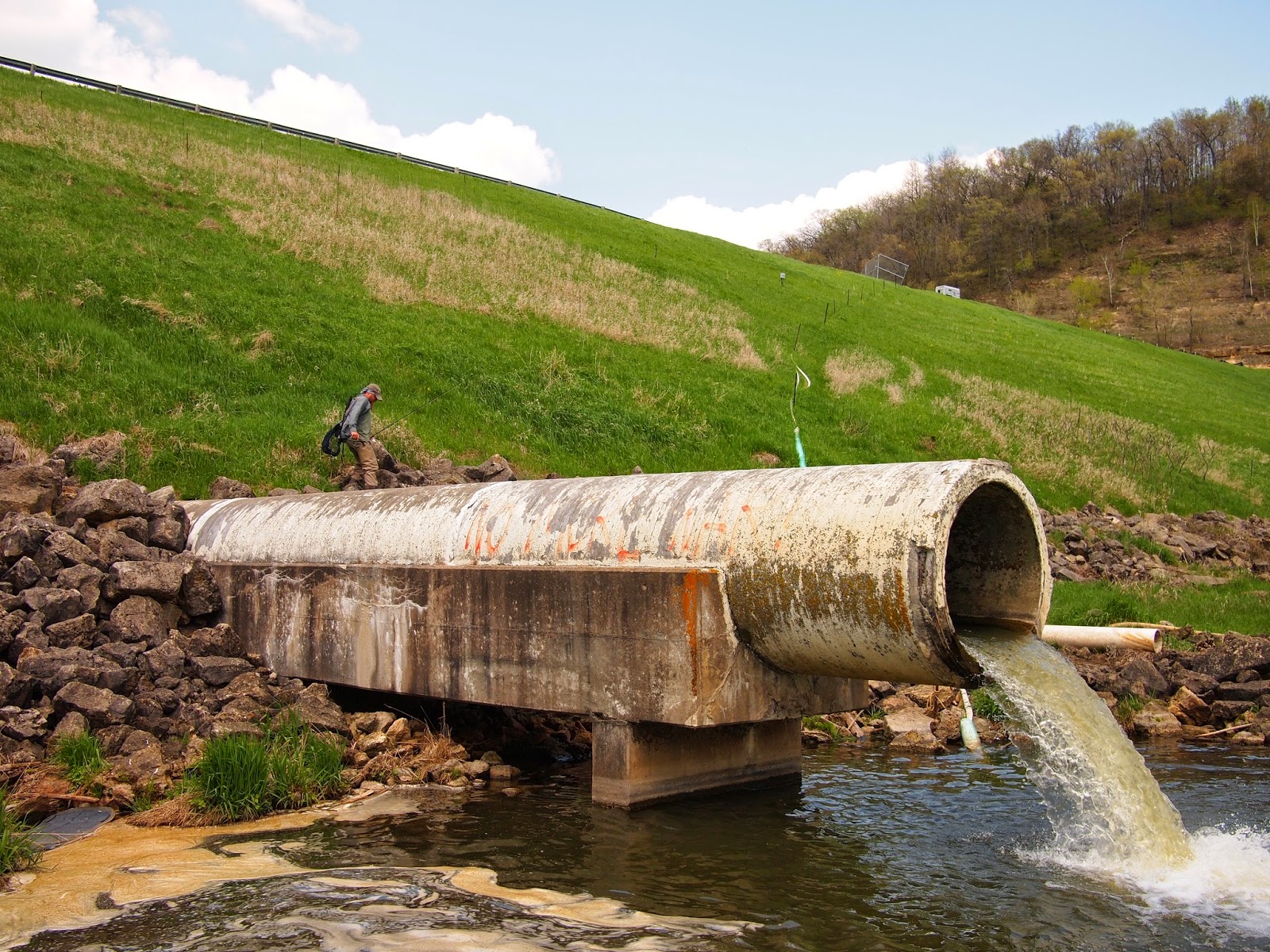 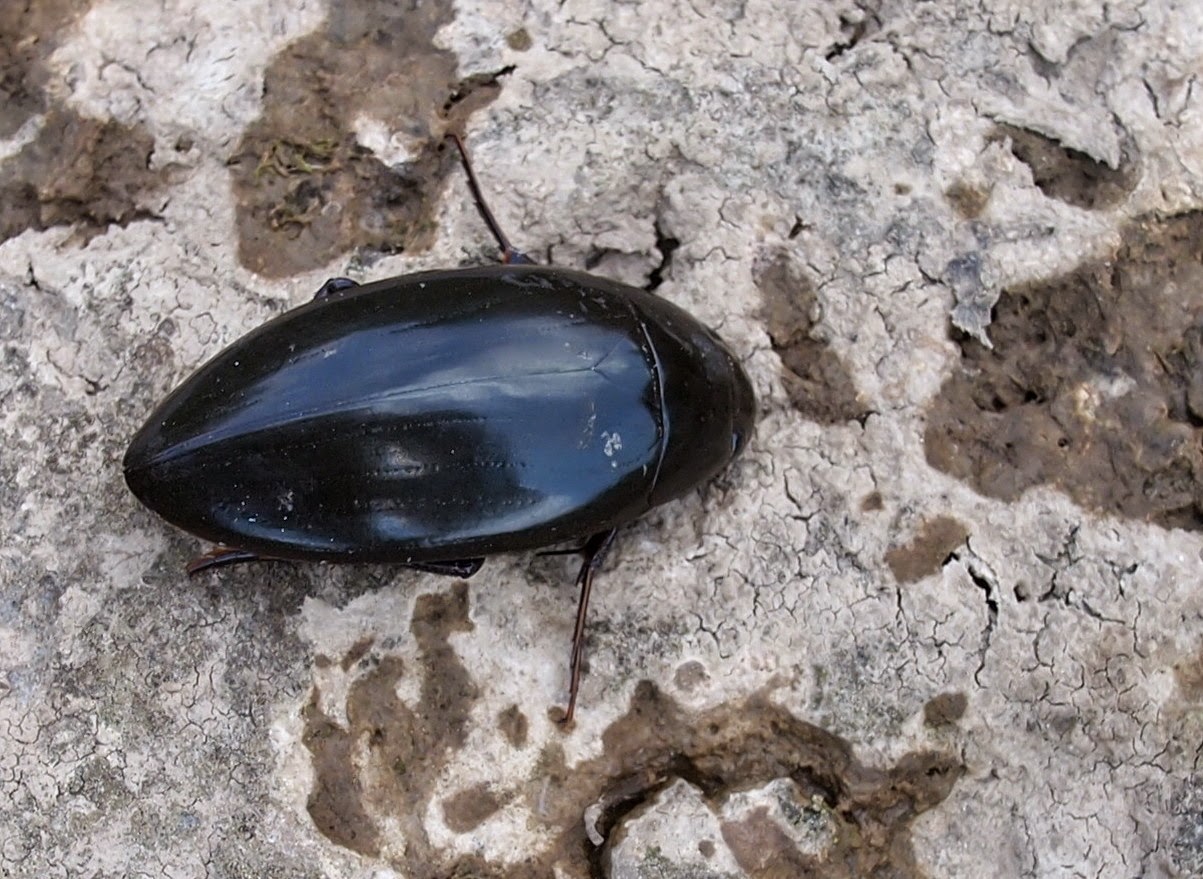 I have never met anyone as enthusiastic and knowledgeable about the sport of fly fishing as Ryan Frick.  His blog is "Onafly.blogspot.com".  He was even nice enough to give me a few of his flies that he has developed. 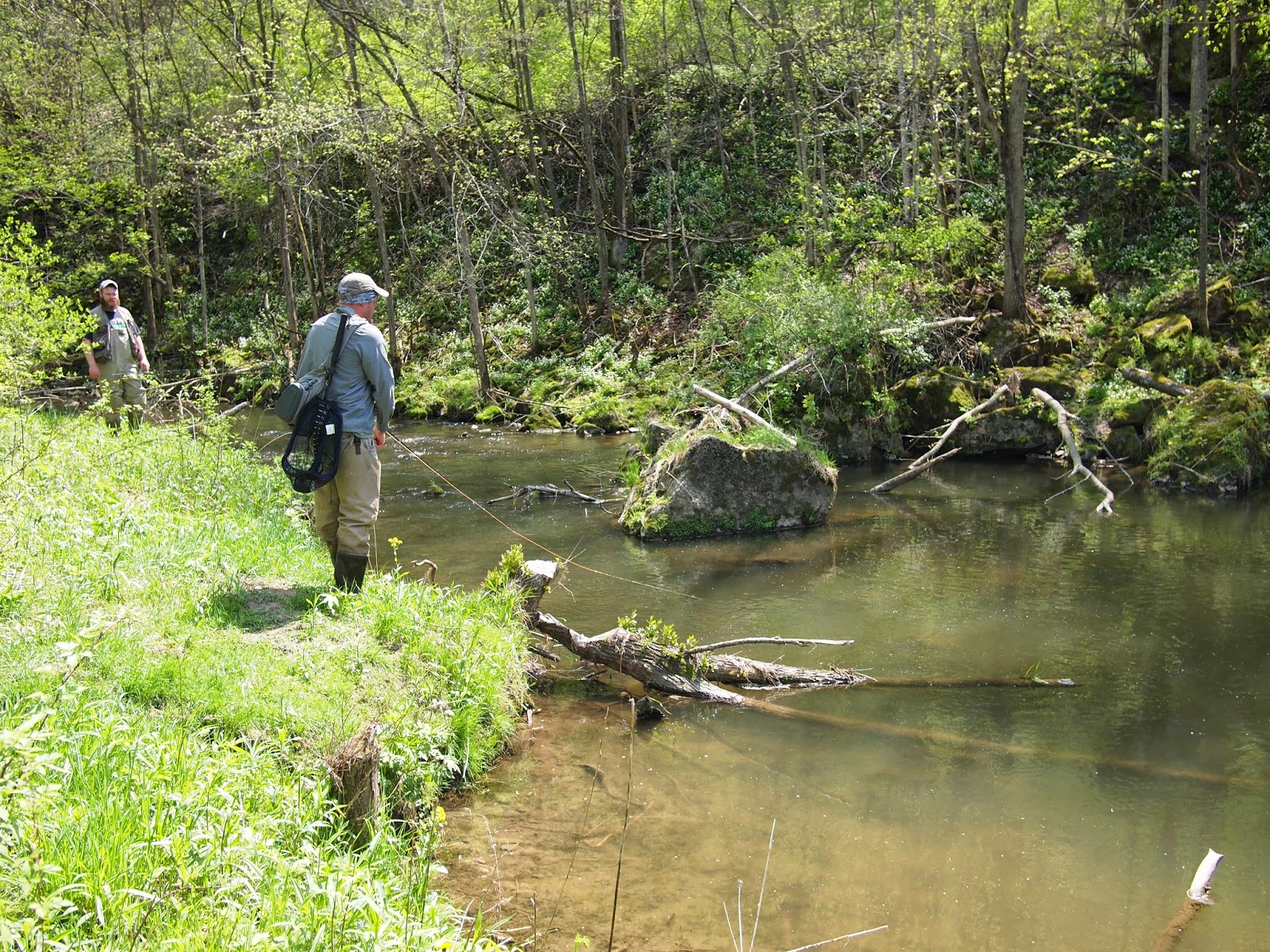 This one streamer that I tied on immediately after he gave it to me quickly transformed me from a fly fishing zero into a bass fishing hero.  I have since the acquired materials to tie more of that wonderful little pattern. 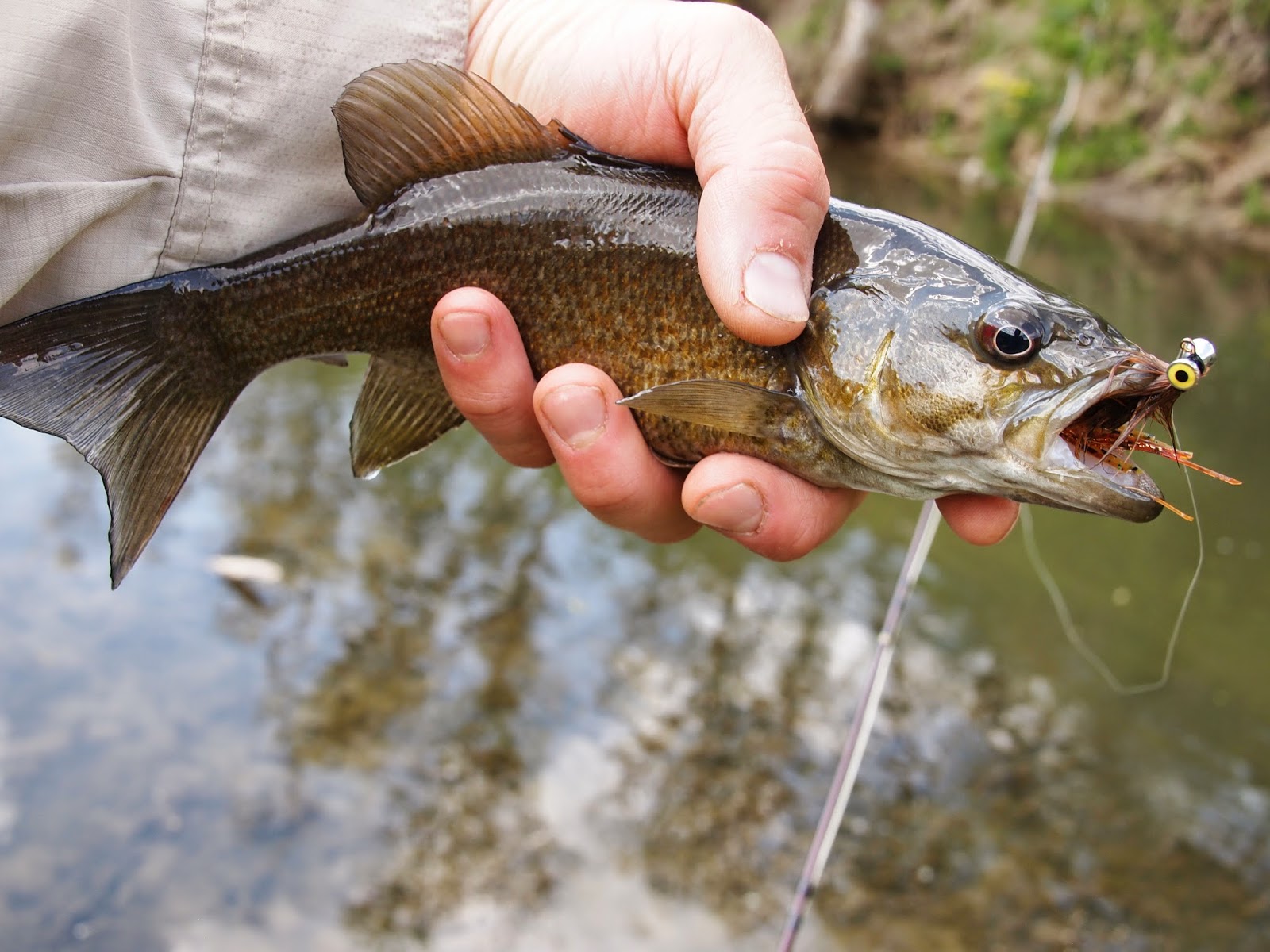 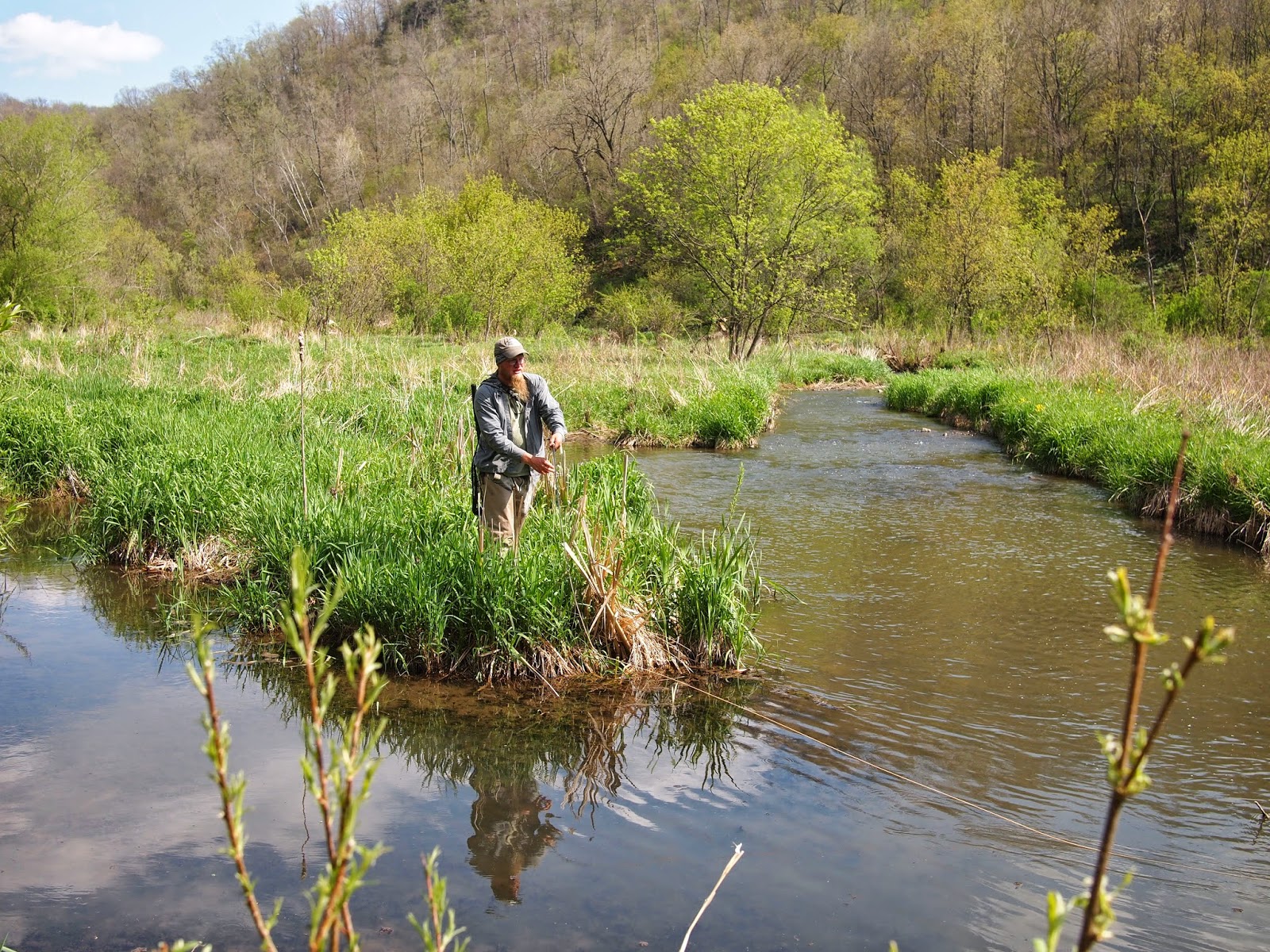 I am looking forward to next years TrapFest.
Posted by Eddie Rivard at 7:14 PM

A fine weekend it was. A Great meeting of the minds.

I look forward to fishing with you in the future. I enjoyed the time on the stream. If you ever make it down to the Lewiston area, let me know. We can fish the stream, lakes, rivers, whatever you want.