Knowing my last job of the day was going to be in Shakopee I had the presence of mind to throw my fly fishing gear in my work van.  Shakopee is very close to Eagle Creek which is in Savage. 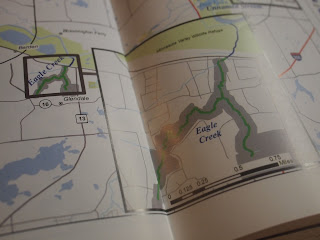 I've known of the existence of Eagle Creek for some time but it wasn't until I attended a Twin Cities Trout Unlimited meeting last winter that I really had an interest in fishing it.  At the meeting the local DNR official revealed recent electroshock data that showed many trophy size trout present in the stream.  As I listened to his presentation and viewed the photos it was as if he was dangling crack in the face of a crack head. 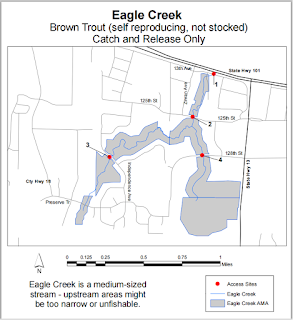 After going over to take a peek at the creek I walked backed to my van and began to suit up.  It was then when another car entered the lot.  At a glance I could see it was a car full of kids and I figured they were probably coming here to smoke some dope.  I was surprised when one of the youths came over to talk to me.  He asked if I was there to fish and I told him I was.  He then asked if I was planning on fishing upstream or downstream and I informed him that my plan was to fish upstream.  He then told me that him and his buddies would be fishing downstream.  I was really impressed with the communication skills of this young man.  Once I finished suiting up I went over and told them about my blog and asked them if I could get a photo of them to use in my blog.  I told them that they would be famous. 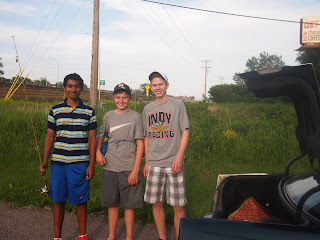 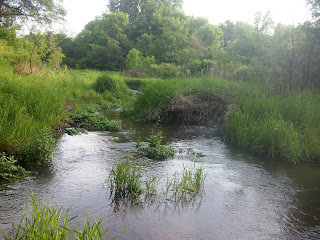 Upon close inspection the creek reminded me of a girl I dated back when I attended reform school.  If I remember right her name was Sandy Bottoms. 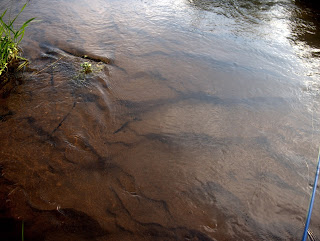 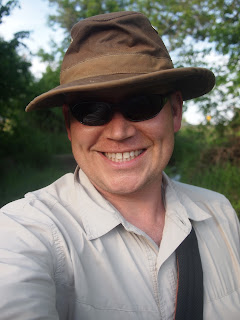 Instead of my usual streamer I had on a two nymph rig that included a Pink Squirrel and and Orange Scud.  If there was fish here I was intent on catching them. 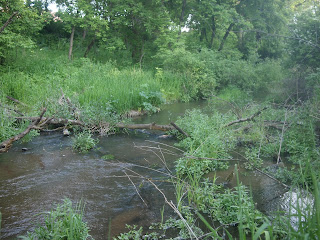 There were times that I would forget that I was right in the middle of an urban area but then I would hear the sounds of heavy equipment from the nearby industrial park. 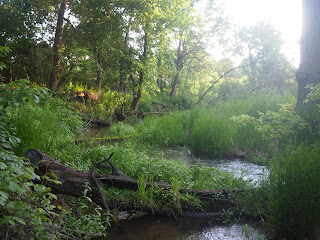 There was an area where the creek became really wide and shallow. 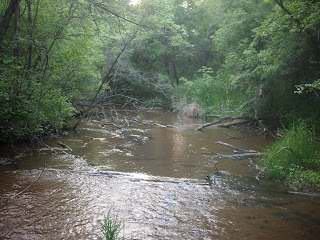 Then the creek seemed to come to an end. 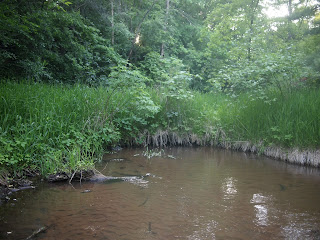 But then I saw that it was just a culvert. 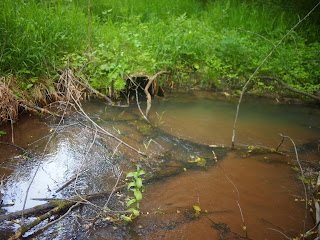 Using my detective skills I figured out that this tree must have recently tipped over. 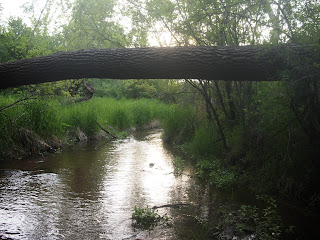 I found what looked to be an old lunker bunker of some sort. 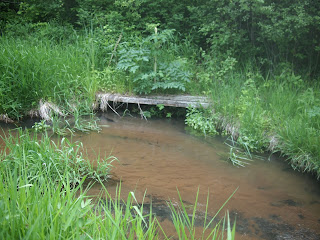 Then I found where the new habitat improvement section was located. 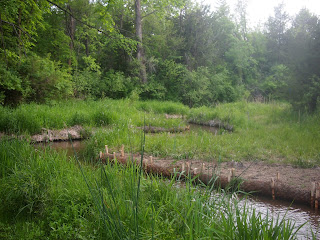 In a few years it will be hard to tell that there was work done here. 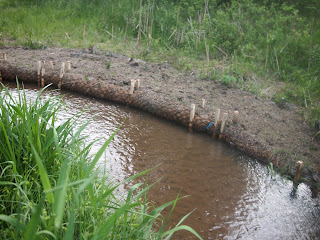 This is the Independence Ave bridge. 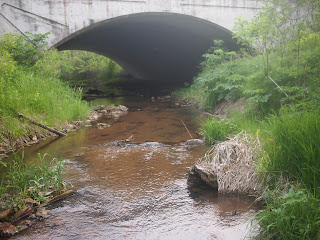 Then I came to the Boiling Springs that I have heard so much about. 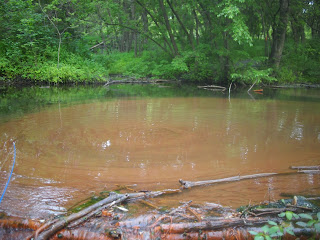 They were really neat to see. 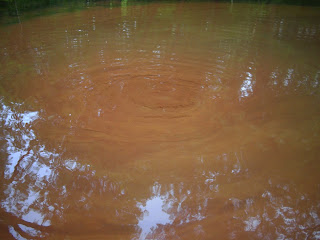 I figured that photos wouldn't do them justice so I made a short video to share with my fans.
After seeing the springs I walked back to where my van was parked.  The whole time I only hooked one 7 inch fish that I failed to land so I never even made a positive ID.  It was also the only fish I saw the entire time.  My theory is that the trout were either well hid in lunker bunkers or they are all out in the Minnesota River and they don't move into the stream until later in the summer.  My plan is to come back in late August or early September to give it another go.  I wonder how my young friends did fishing downstream.