Yesterday was the Wisconsin Early Season Trout Fishing Opener.  Earlier in the week Nick had texted me about, "Fly fishing next weekend?" and I replied, "I'll be down for Saturday.".  He was even kind enough to let me know when he was thirty minutes out from picking me up. 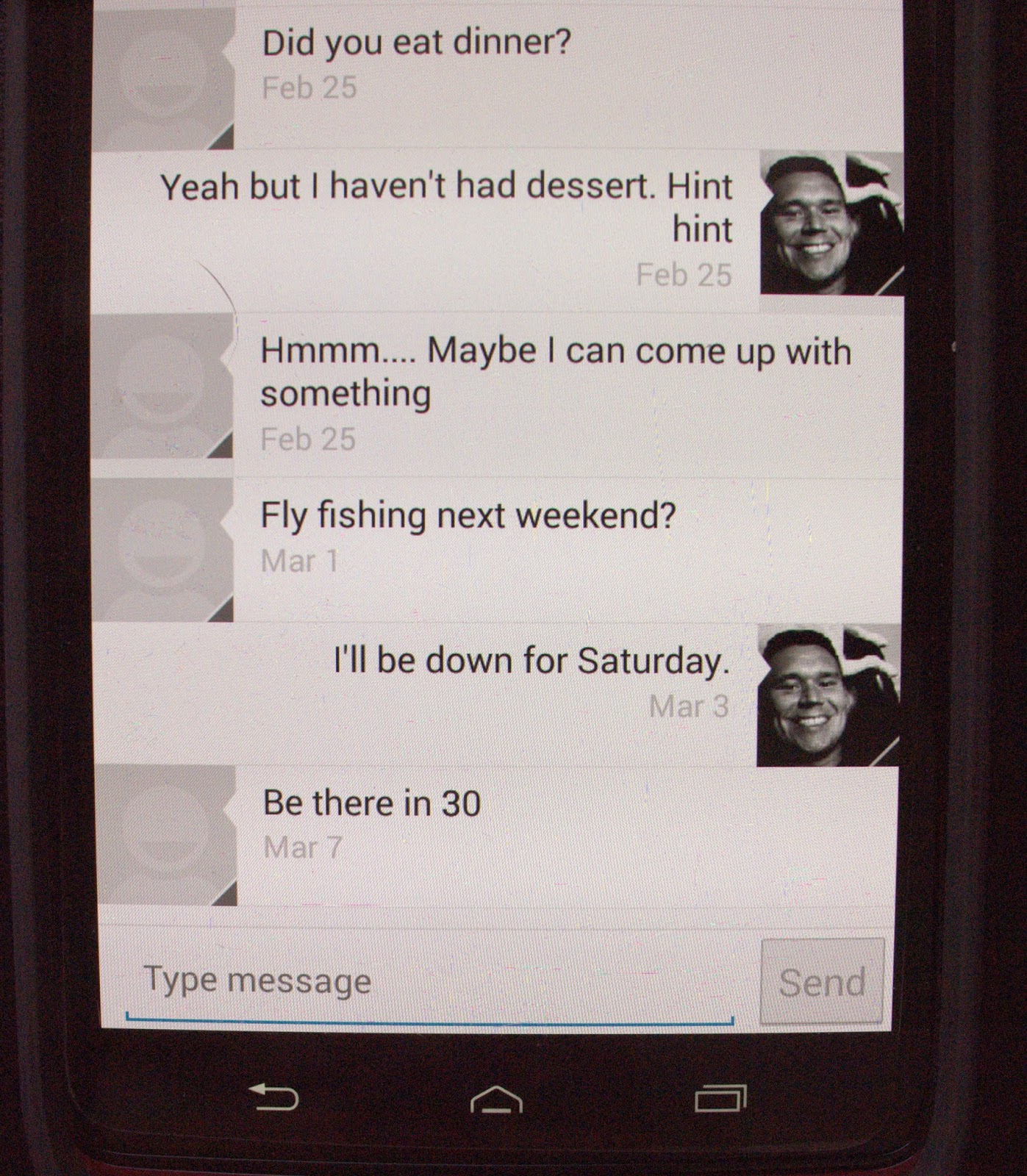 This wasn't our usual ass crack o dawn escape from metropolis as the Sun was already high in the sky as we made our way to the the border.  The only reason I would go super early this time of year is to get to a certain section of water before anybody else but the fish usually don't start biting until a little bit later in the early season. 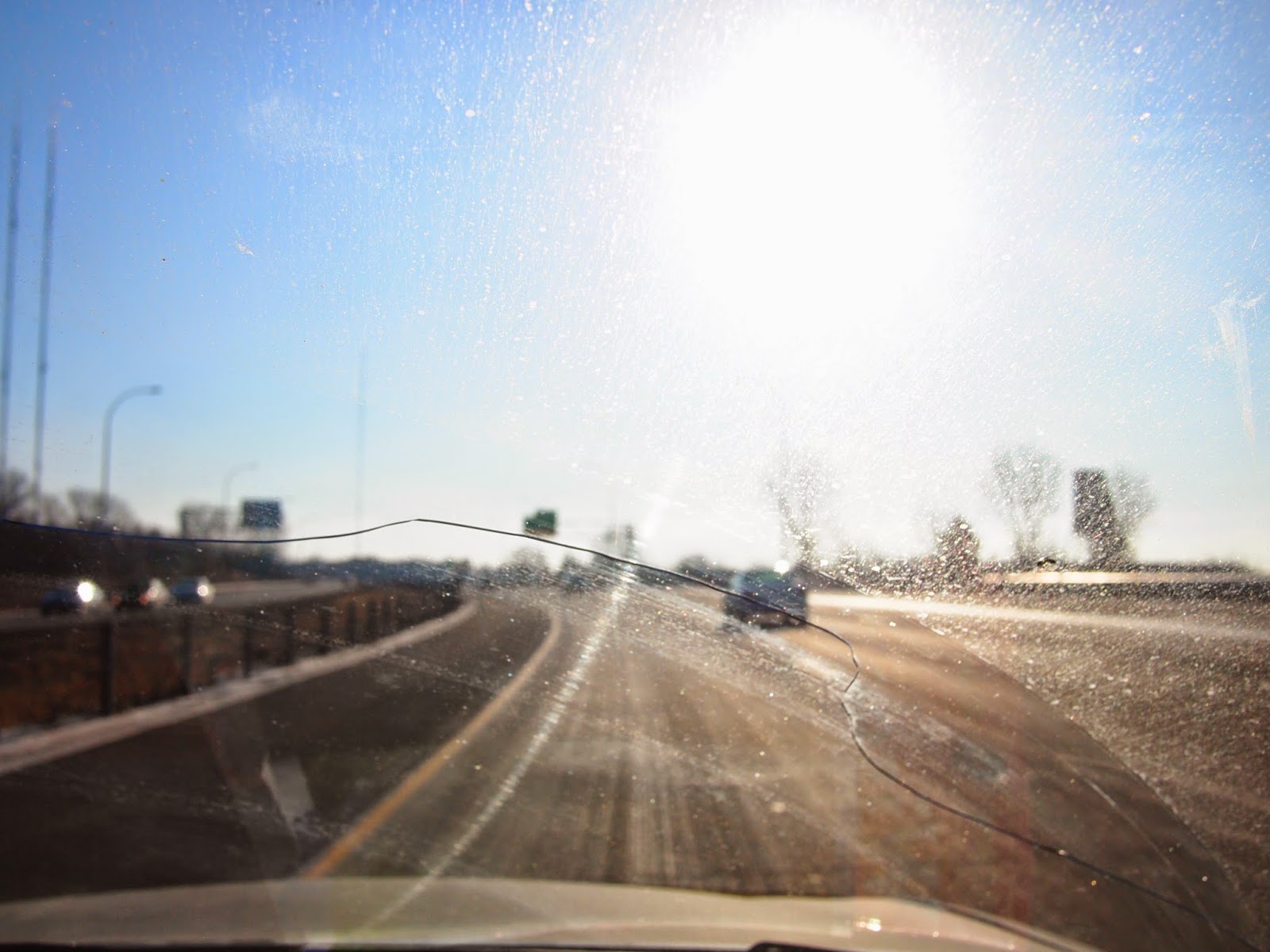 As we drove along the upper Kinni looking for a spot to fish we noticed 7 cars parked at one popular spot.  We decided to skip that spot in favor of another spot that Nick had previously explored.  It looked promising to my expertly trained eyes. 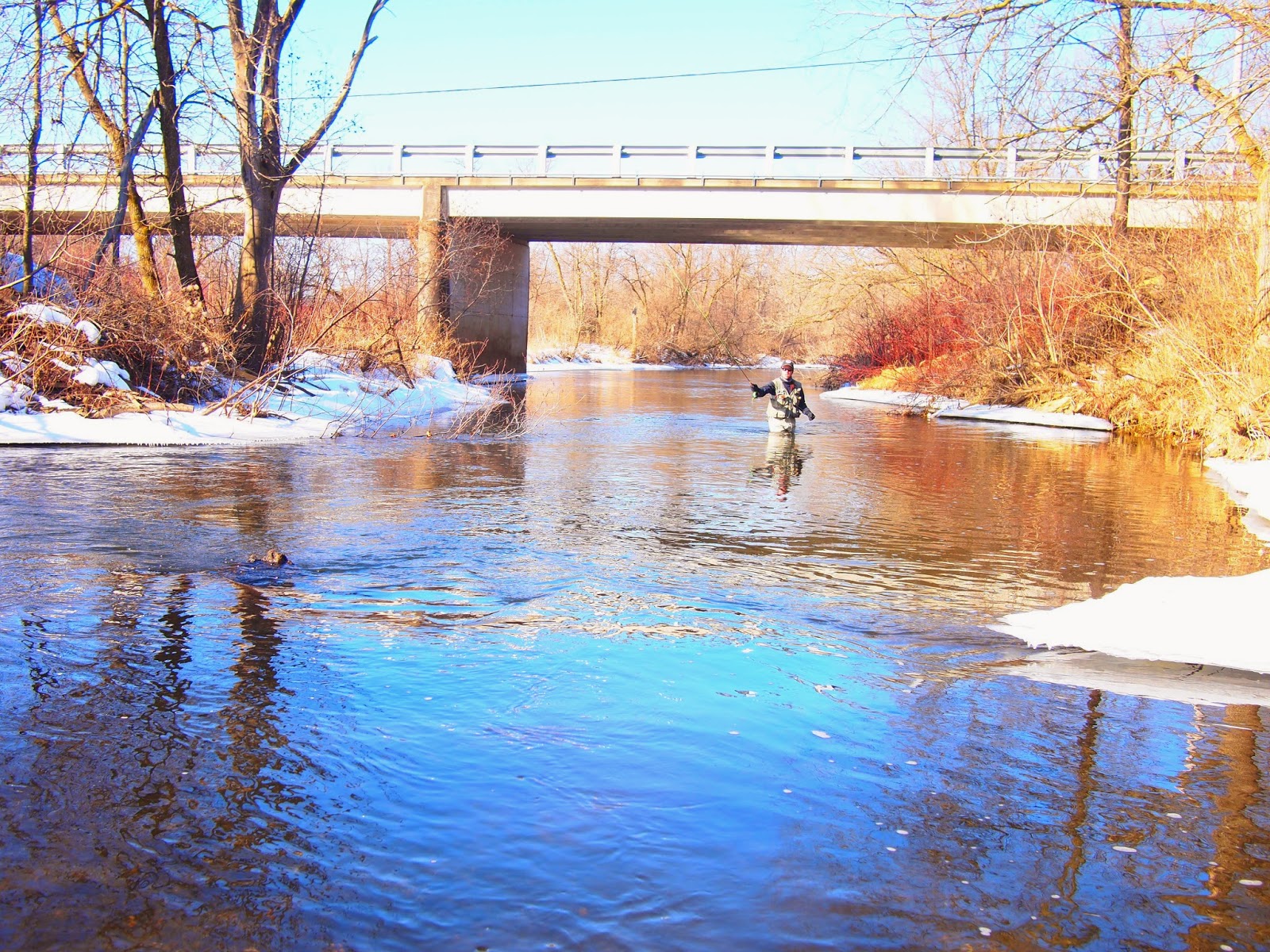 We fished upstream in search of the big one.  Or anyone for that matter. 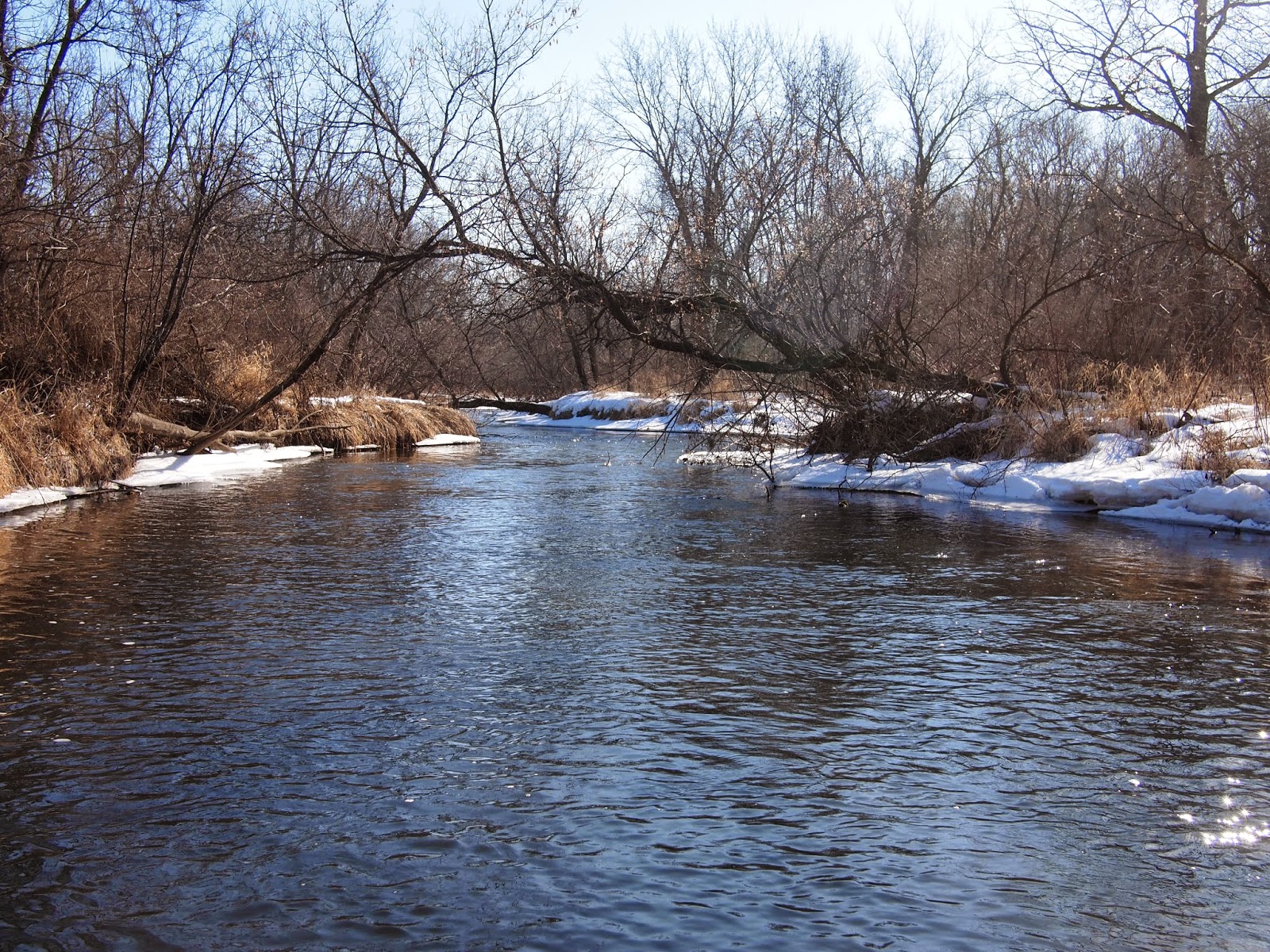 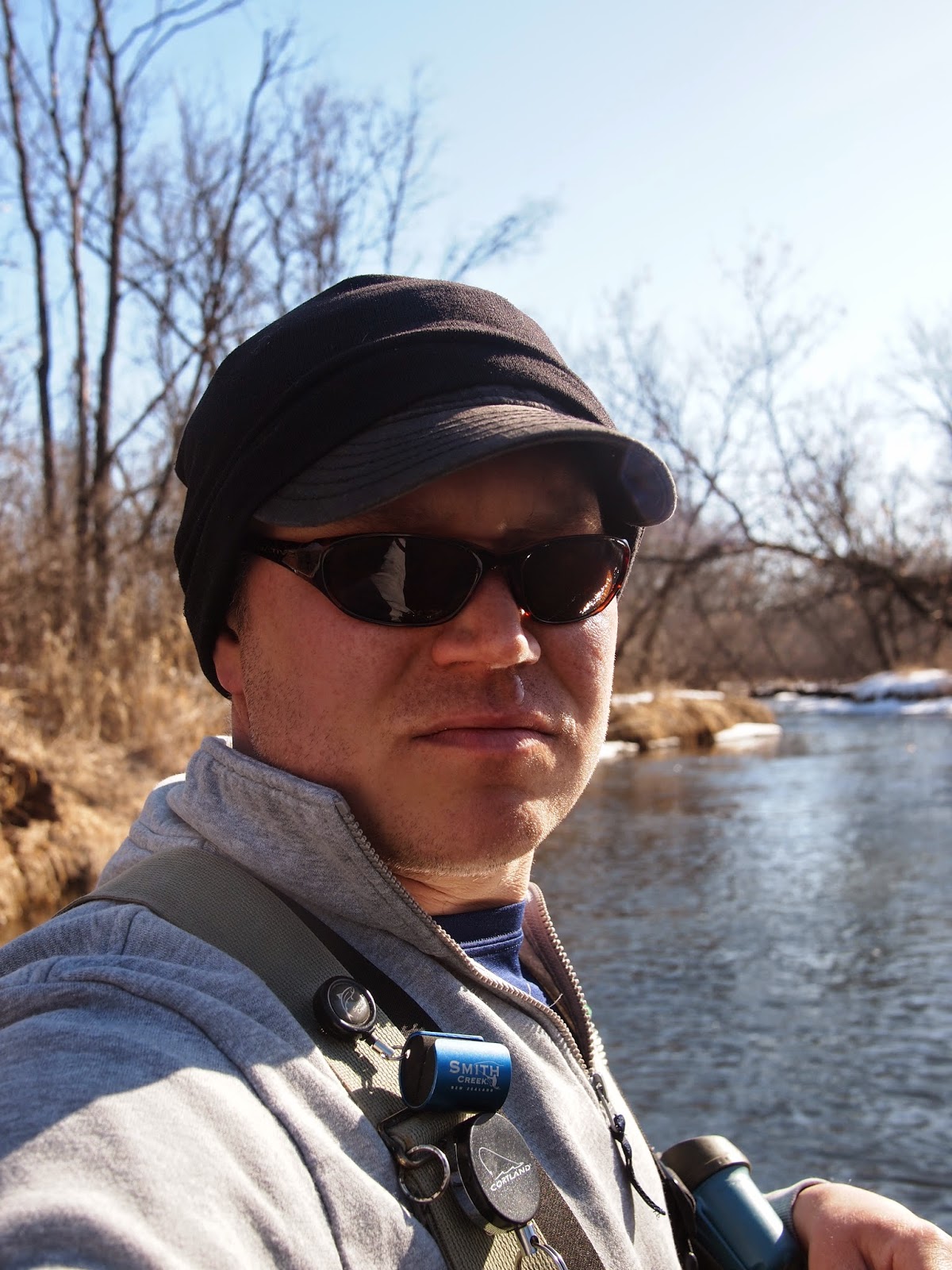 When I am fishing I notice things like these cool ice formations.  I had never seen this specific type before so I assume that I discovered it.  I have decided to name these formations Rivardian Formations. 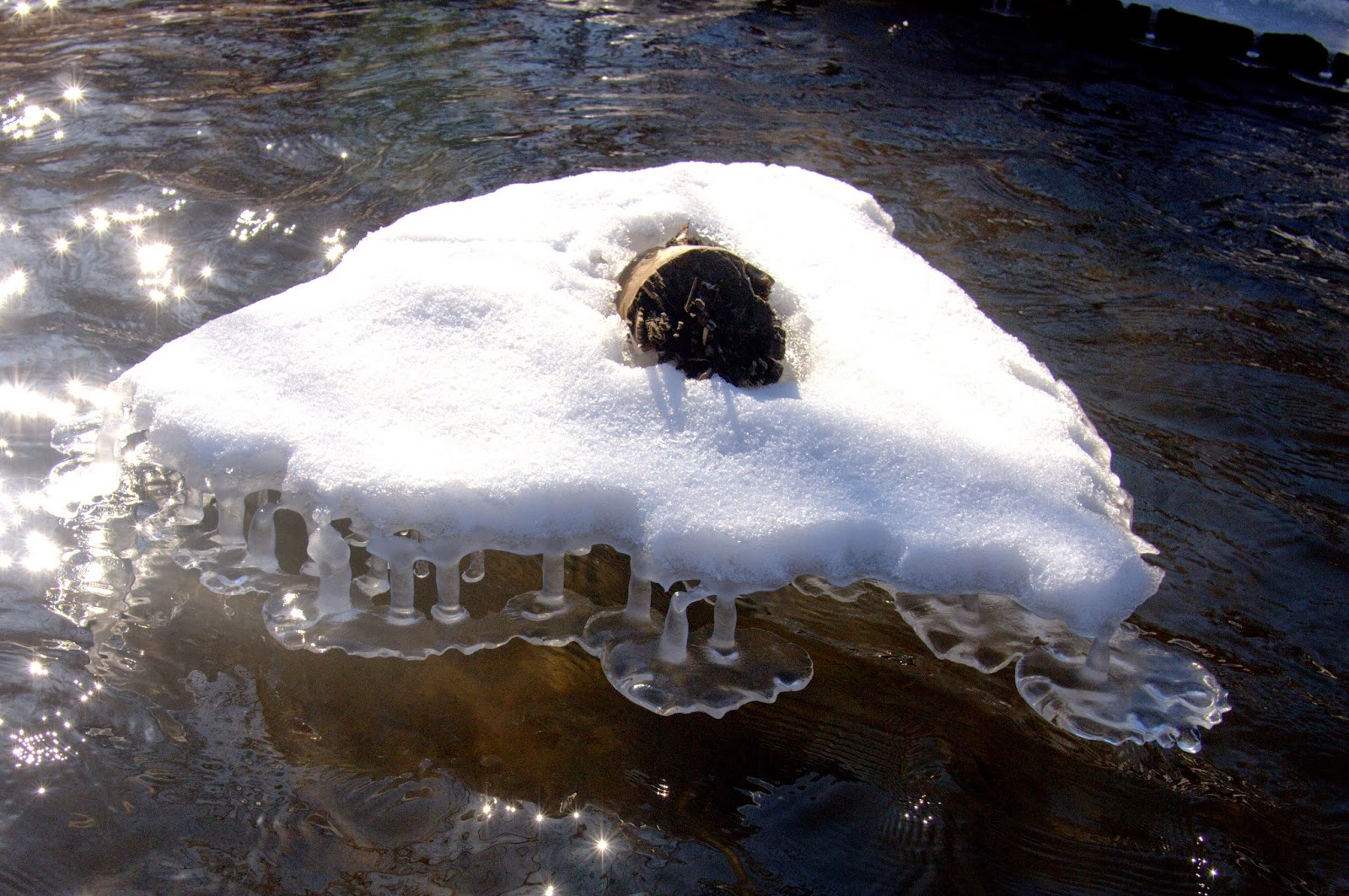 I haven't quite figured out exactly how Rivardian Formations are created but I think it has something to do with the ice melting and then refreezing. 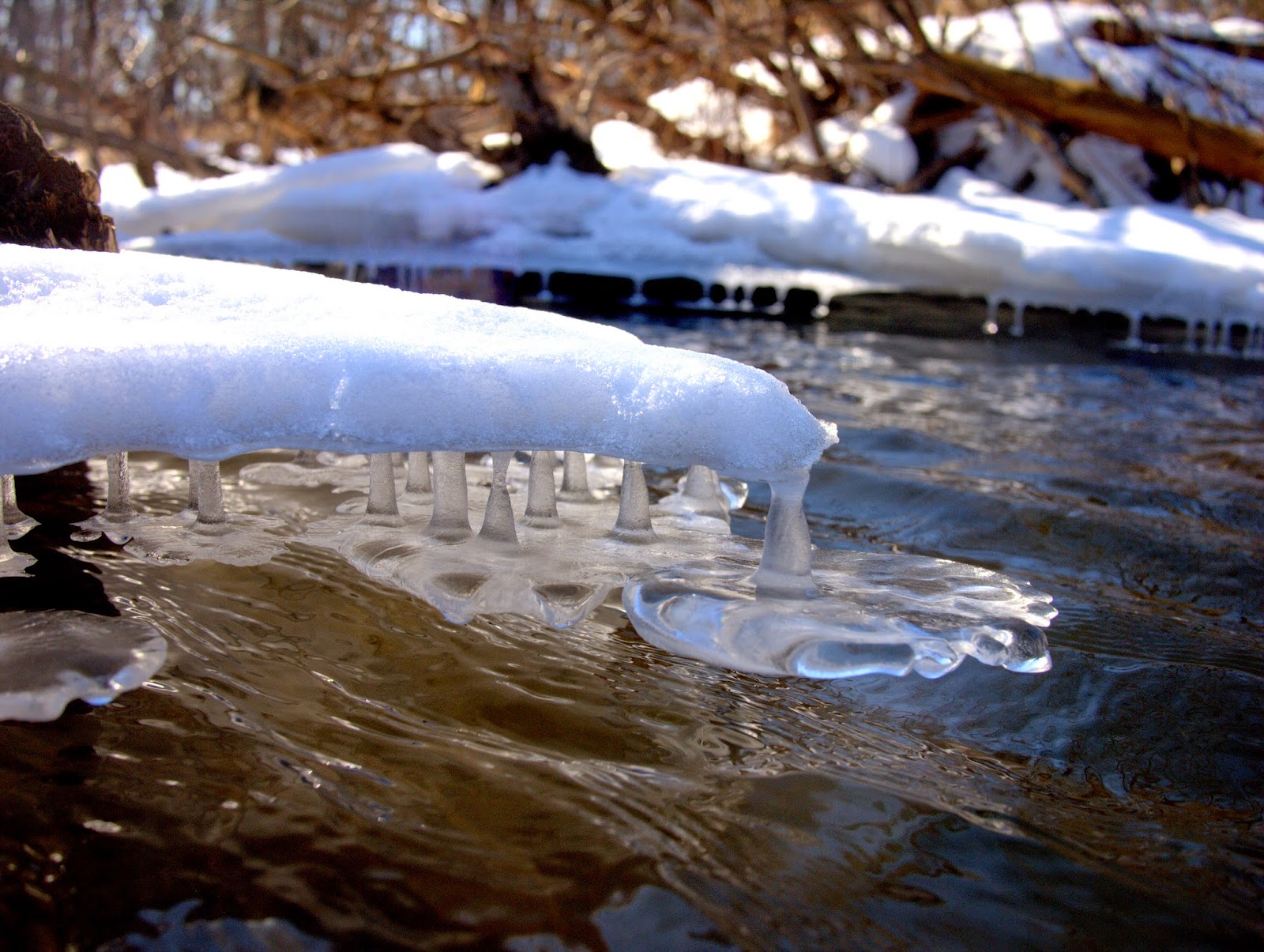 I am such a genius. 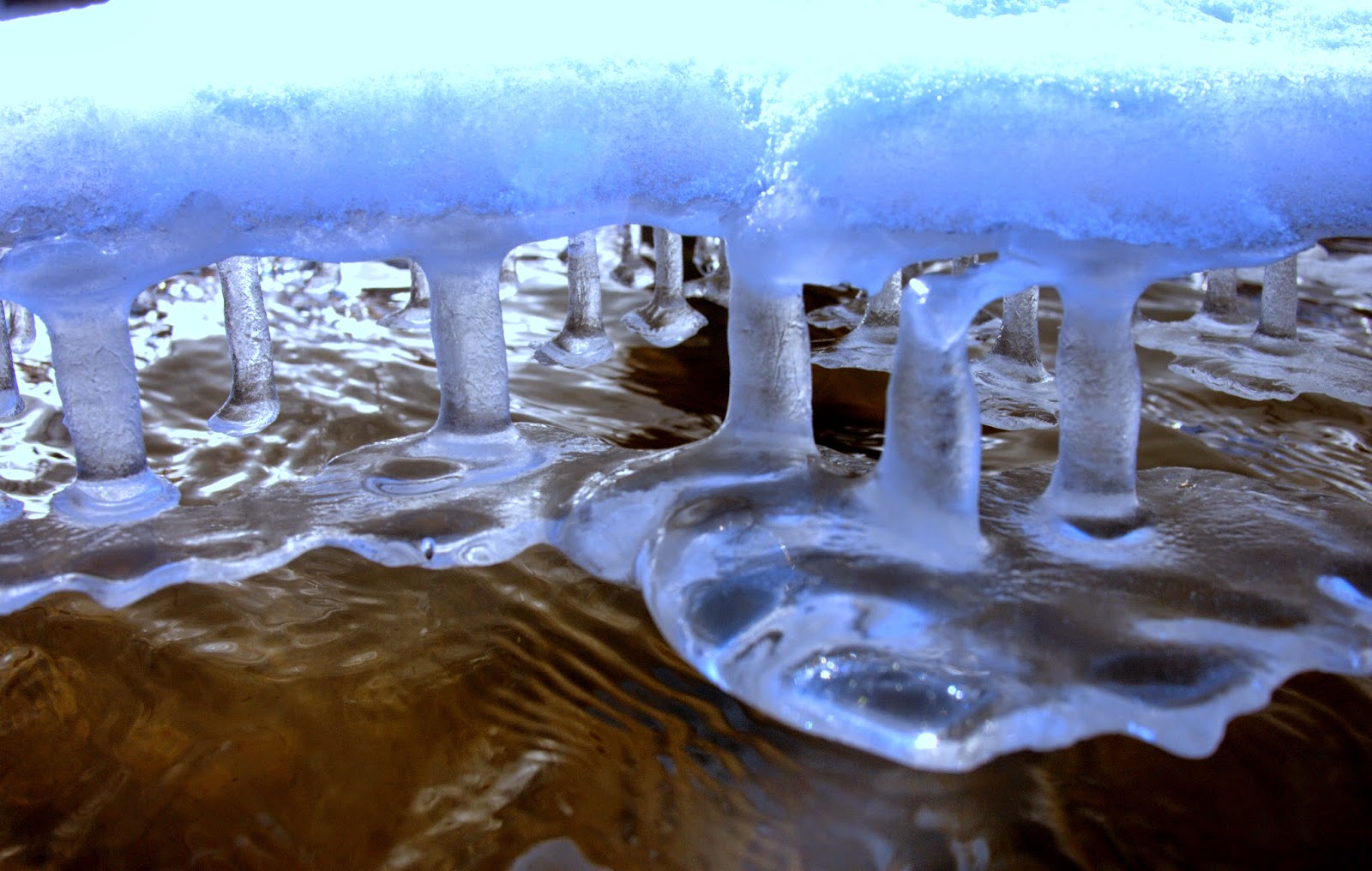 One thing for sure Nick was ready to catch some trout. 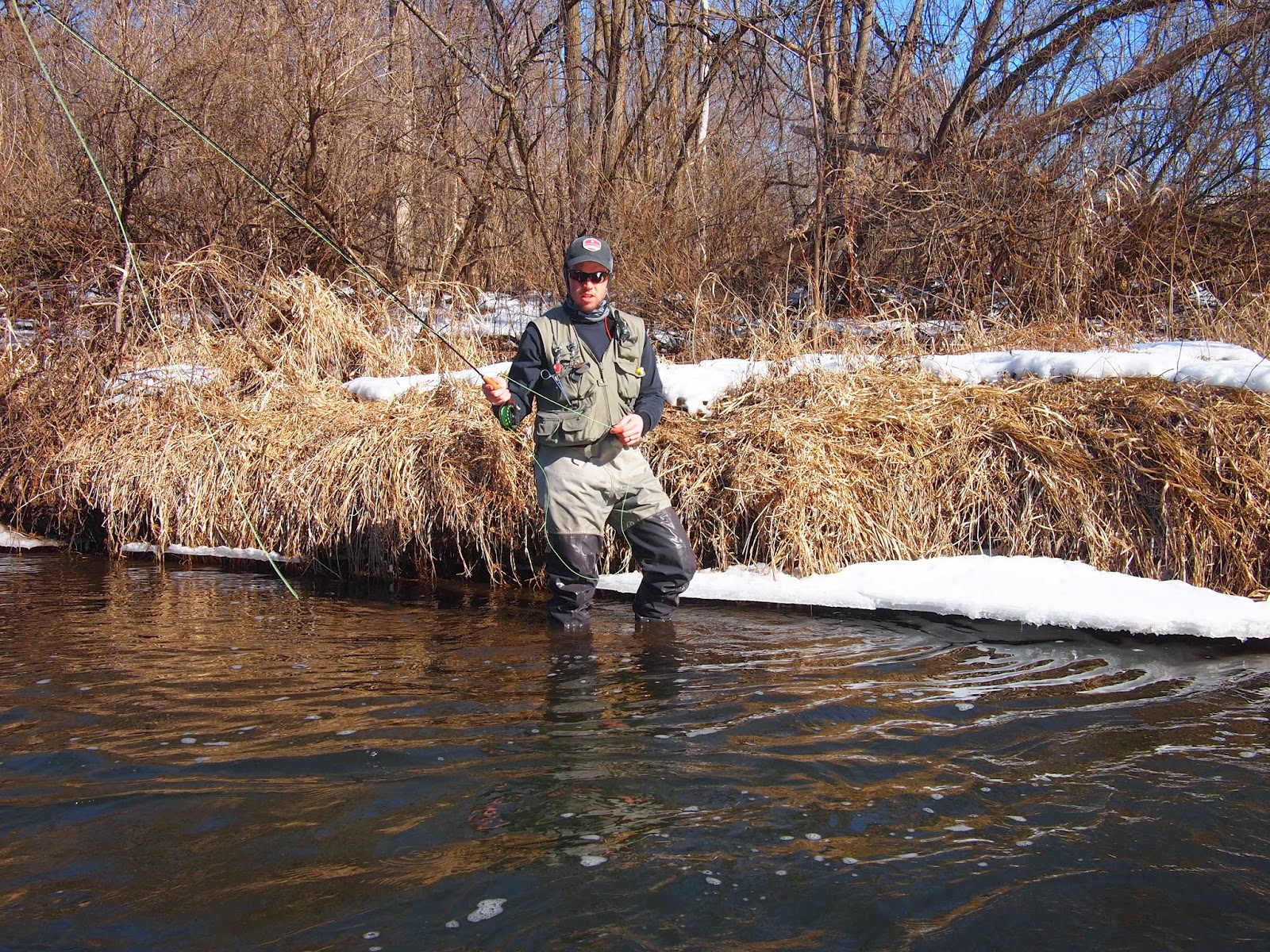 My years of trout fishing have helped me become pretty much and amatuer aquatic entimologist.  I picked these specimens off a rock from the stream bed. 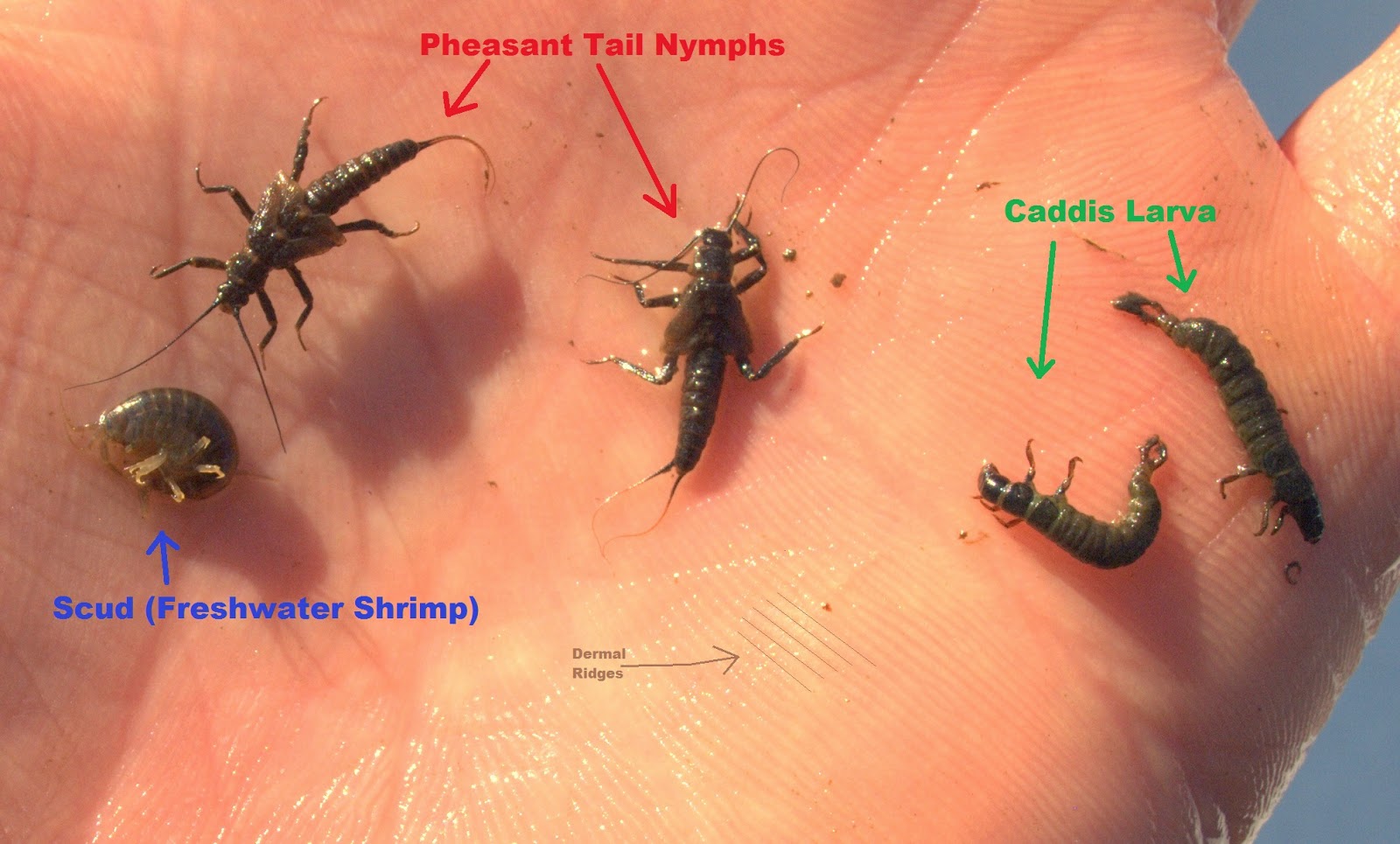 I watched as Nick expertly dissected a run with his Nymph rig.  While I critiqued his work I notice the tip of his fly line was sinking in the water. 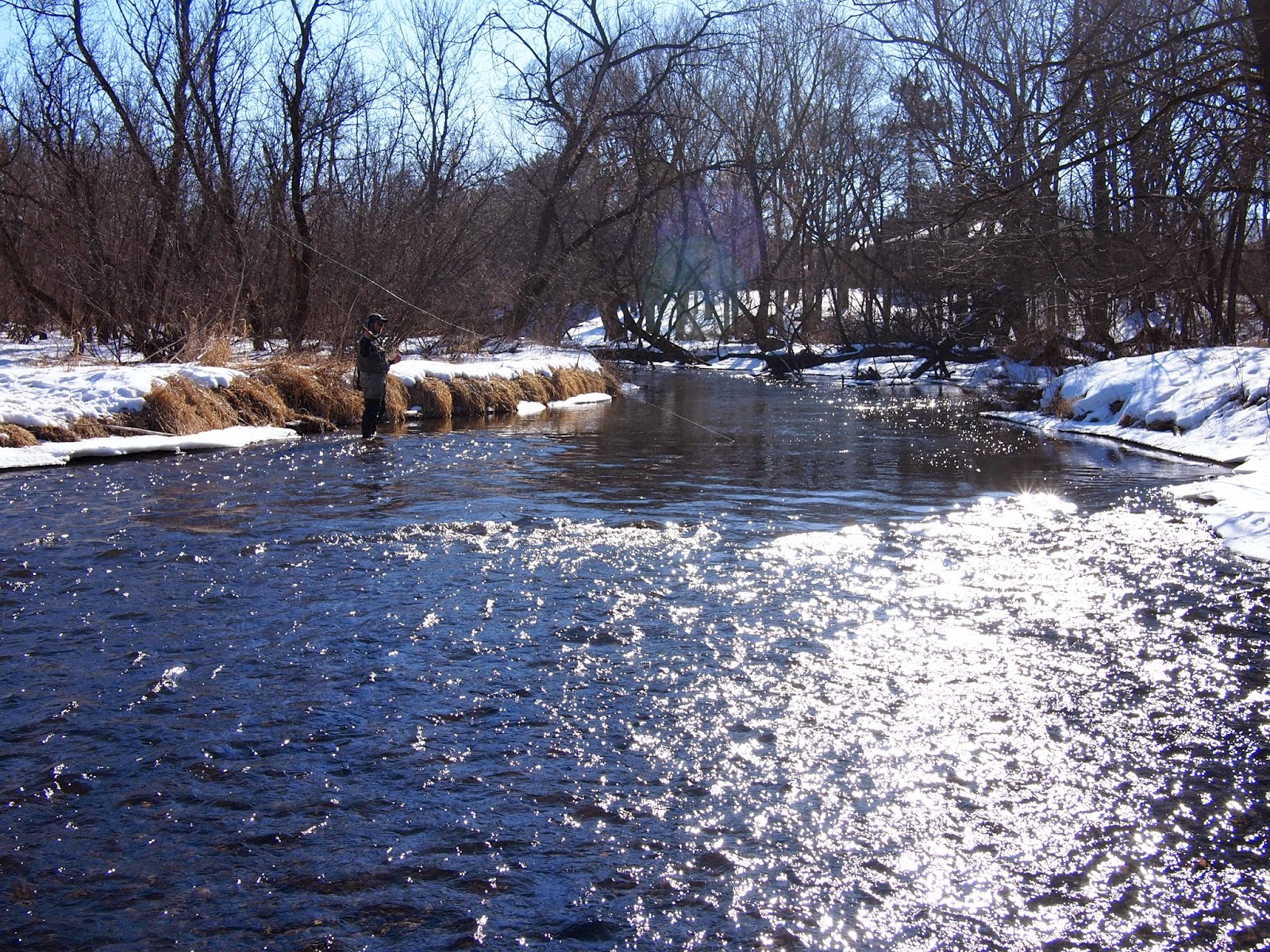 Eddie to the rescue!  I traded rods with Nick and then proceeded to clean and coat his fly line with Silicone Mucilin.  Afterwards his line was floating like a cork.  Good as new!  Nick was so thankful. 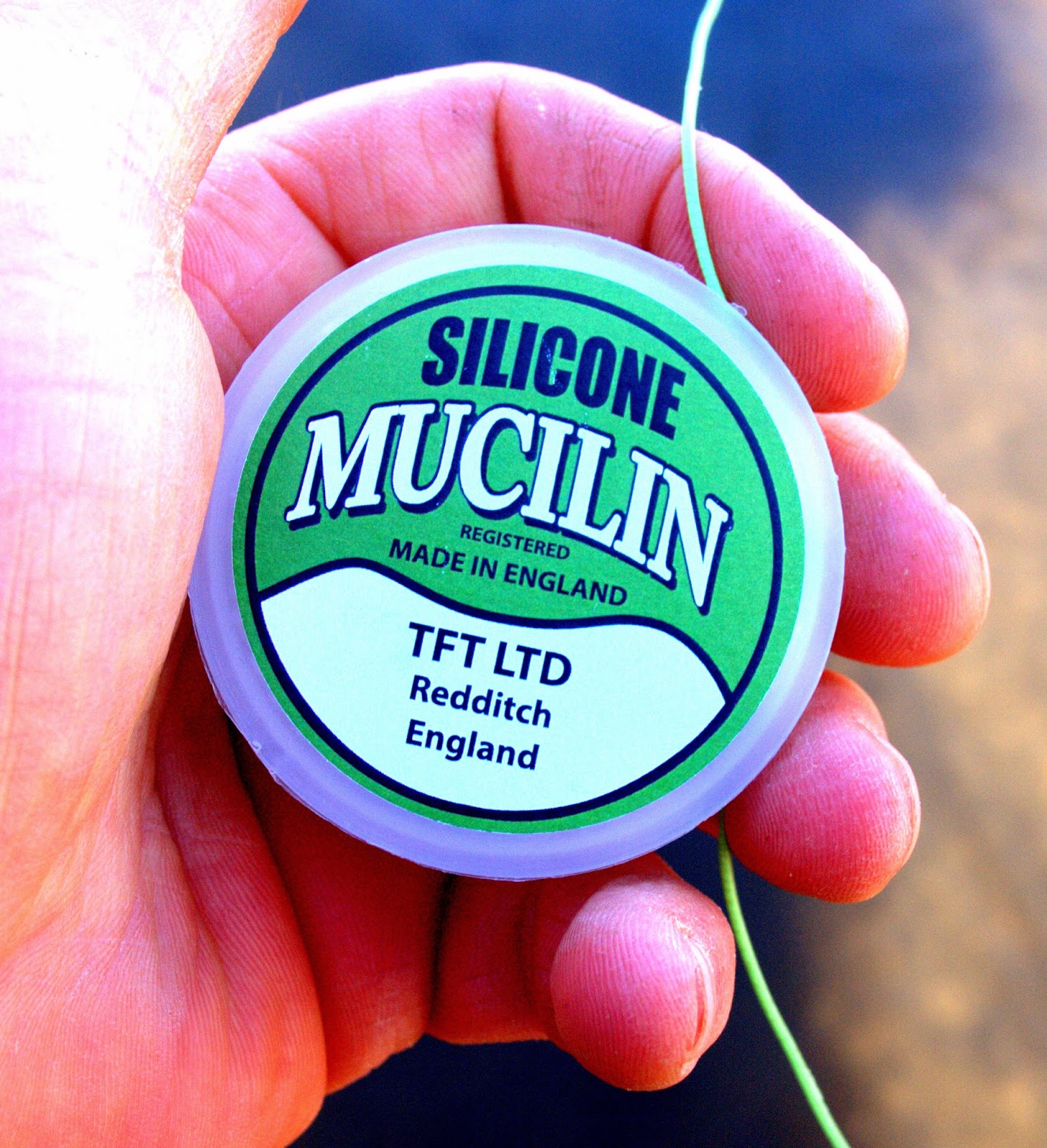 We worked our way upstream trying various tactics along the way with no luck.  We hadn't even seen a fish.  When we came upon some deeper pools and runs I was sure that we would find fish here. We fished the deeper pools with all our might and still no luck.  We went all the way up to the next bridge without even spotting one fish.  When we finally ran into some other anglers they were having similar luck except the one lady who said she had a strike but I am sure it was probably a rock.  Afterwards we met up with our friends Taylor and Taylor for lunch in River Falls and they hadn't caught anything either.  Later on I talked to Aaron and him and Andre had been skunked as well.  Everyone they ran into on the lower Kinni had been skunked. 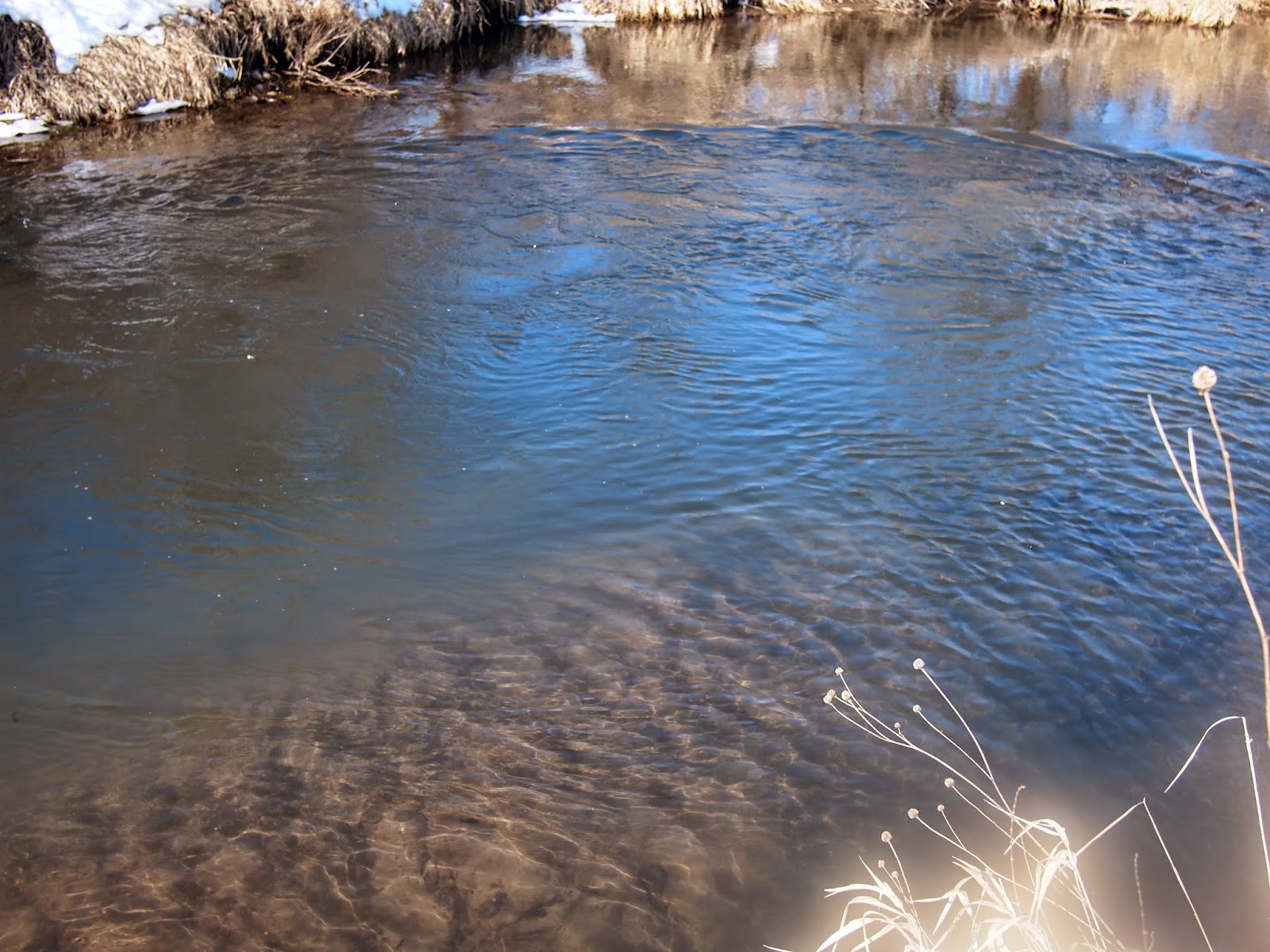 At least it was a nice day and it was still good to get out. 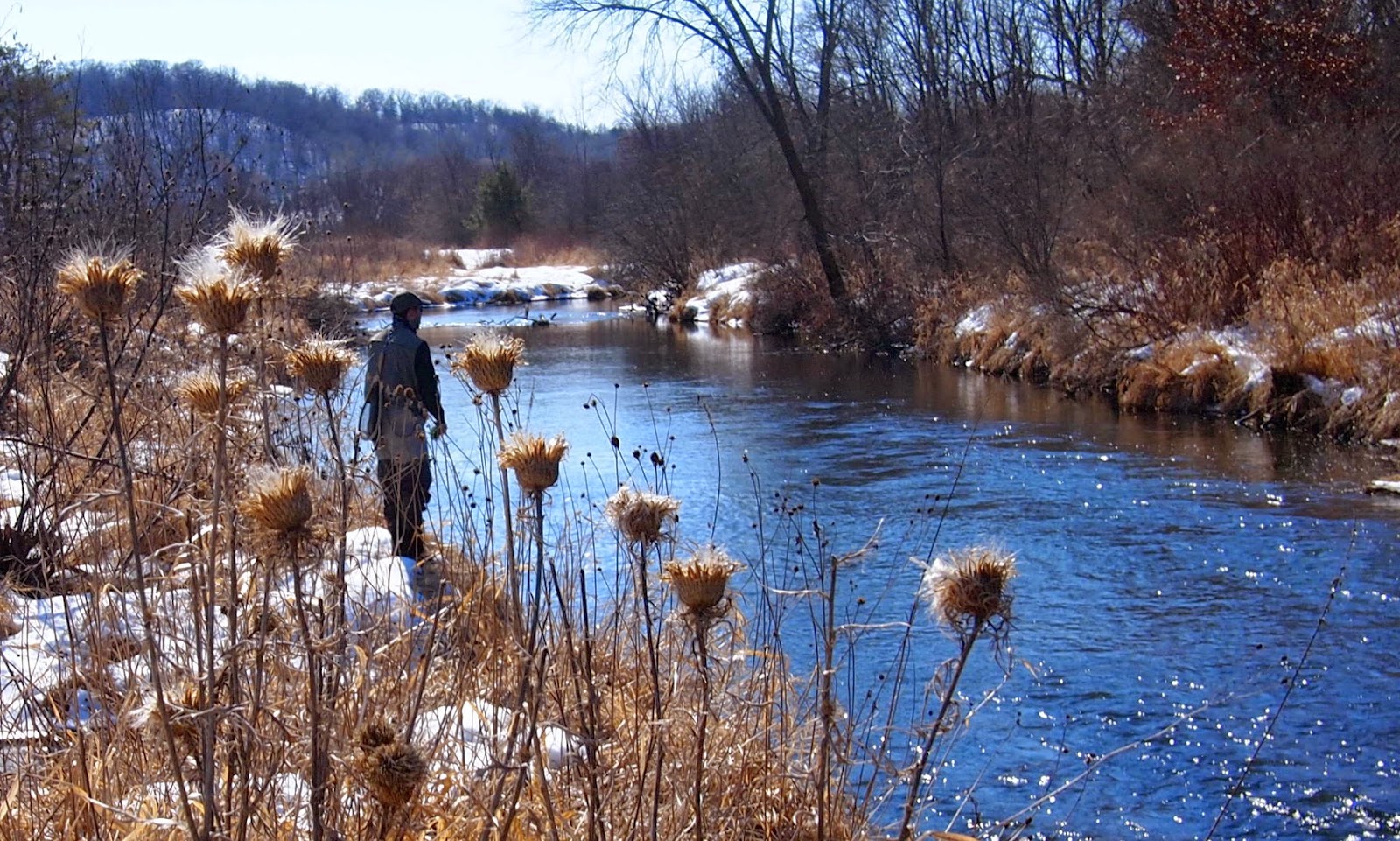